Imbruglia proves fertility is more than a ‘women’s problem’ 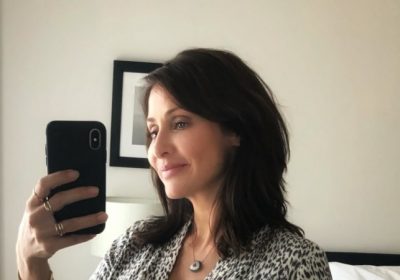 How poignant to discover Natalie Imbruglia is finally pregnant at 44, with the aid of IVF and a sperm donor.

I say "finally", because the singer has confided that, although she wanted a family and was married for five years, she put plans on hold while she pursued her career. 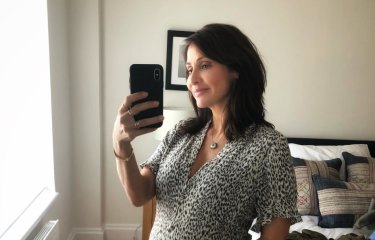 Natalie Imbruglia has announced she is pregnant with her first child. Credit:Instagram

Now apparently single, she has chosen – resorted – to extreme and, no doubt, expensive measures to conceive.

It is the sort of cautionary tale deployed to reproach ambitious young women as they strive for success, thereby bolstering the pernicious perception that they are architects of their own fertility misfortune.

But I have a hunch that, in truth, the scenario is not nearly as simple as the Torn singer would have us believe. It takes two to make a baby, and while it may be unfashionably transphobic to say so, that means – biologically speaking – a man and a woman.

And one of the main reasons why women are routinely deferring childbirth is because of the commitment-phobic men they are with. Why do young men no longer feel that having a family is a life goal? Is it ignorance, arrogance or immaturity that prompts them to put it off, despite knowing their girlfriends and wives have a limited window of fertility?

Yet studies show men over 40 are only half as likely to get their partners pregnant as men under 25 – and not only is the miscarriage rate higher, there are worrying links between paternal age and increased incidence of schizophrenia and autism.

That's why it's high time we busted the myth that men have all the time in the world. For every Mick Jagger sowing his wild oatage into his dotage – his last son was born when he was 73 – there are scores struggling with an inability to father a child.

In 2017, researchers in Israel and the US sparked alarm with data that revealed sperm counts among men living in Western countries had fallen by a staggering 59.3 per cent in the last 40 years. Smoking, stress, obesity, pollution and exposures to chemicals in plastics are all thought to have played a part. Even where there is still sperm, as it ages it becomes less healthy, less motile and is more likely to result in foetal abnormalities.

But it's a taboo that we seldom talk about. Fertility is still seen as a women's issue, even though data from the UK government's Human Fertilisation and Embryology Authority, which regulates treatment, last year found the most common reason for a couple to seek treatment was male fertility problems.

I have met plenty of kidult thirty-something and, indeed, forty-something men, bleating that they aren't ready to settle down, aren't prepared for parenthood, have so much travelling to do and so many box sets to watch before they can even begin to contemplate bringing a child into the world. That is a perfectly valid opinion. Lack of job security and an inability to get on to the housing ladder also play a part in delaying a family. Unfortunately, men's head-in-the-sand approach can rob  women of a chance to conceive.

"I feel so angry that my last boyfriend took the best years of my life," a girlfriend tells me. "He kept stalling about having a baby until, finally, I lost patience, and when he didn't respond to an ultimatum, I left him because I was 38 and running out of time."

She is now 43, still single and childless. Her ex had a son almost immediately with his new girlfriend and is now married with three children.

"I feel used," my friend says. "If he didn't want kids with me, he should have been honest. His cowardice has cost me any chance of happiness."

That might sound dramatic, but the psychological agony of involuntary childlessness is hard to bear. I went through seven years of IVF to have my family, and it was tough. My husband and I feel blessed to have my two daughters – but was age a factor in our infertility? Quite possibly. I was 35 when we underwent treatment, and he was 41.

I will be advocating that my girls get started on a family sooner – if, that is, they want one – and I would urge that boys be told the same thing.

What was once the norm – boy meets girl, gets married and starts a family in short order – seems quaintly outdated here in 2019, when dating is conducted at a distance online, and the wide range of potential mates means that men can effortlessly move on if they feel a woman is making too many demands.

"Online dating makes me nostalgic for the meat-market discos of my youth," sighs a friend. "At least then you could eye each other up straight away and let hormones do the rest. I have been on so many dates with men who take to the hills when I said I wanted a serious relationship. It's such a waste of time and effort when my biological clock is ticking like a timebomb."

Fertility and infertility affect us all and we need to stop pigeonholing them as female problems. I wish Natalie all the joy in the world, but I can't help thinking that if more young men understood the potential pitfalls of deferring fatherhood, they might just grow up a lot sooner.