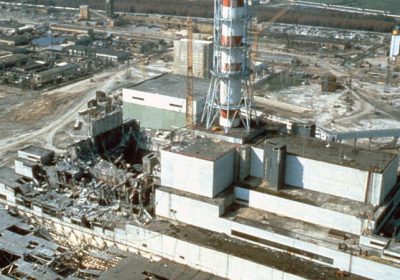 For many Americans – especially those too young to know much about the Cold War or Hiroshima – Russia’s invasion of Ukraine might mark the first time they’ve truly considered the dangers of nuclear weapons. But dozens of hematologists in the United States already know the drill and have placed themselves on the front lines. These physicians stand prepared to treat patients exposed to radiation caused by nuclear accidents or attacks on U.S. soil.

They work nationwide at 74 medical centers that make up the Radiation Injury Treatment Network, ready to manage cases of acute radiation syndrome (ARS) during disasters. While RITN keeps a low profile, it’s been in the news lately amid anxieties about the Ukraine conflict, nuclear plant accidents, and the potential launching of nuclear weapons by foreign adversaries.

“The Radiation Injury Treatment Network helps plan responses for disaster scenarios where a person’s cells would be damaged after having been exposed to ionizing radiation,” program director Cullen Case Jr., MPA, said in an interview.

A U.S. Army veteran who took part in hurricane response early in his career, Case now oversees preparedness activities among all RITN hospitals, blood donor centers, and cord blood banks, in readiness for a mass casualty radiological incident. He also serves as a senior manager of the National Marrow Donor Program/Be a Match Marrow Registry.

Intense preparation for nuclear attacks or accidents is necessary, Case said, despite the doomsday scenarios disseminated on television shows and movies.

“The most frequent misconception we hear is that a nuclear disaster will encompass the whole world and be so complete that preparedness isn’t useful. However, many planning scenarios include smaller-scale incidents where survivors will need prompt and expert care,” he said.

In the wake of 9/11, the National Marrow Donor Program and the American Society for Blood and Marrow Transplantation established the RITN in 2006, with a mission to prepare for nuclear disaster and help manage the response if one occurs.

“The widespread availability of radioactive material has made future exposure events, accidental or intentional, nearly inevitable,” RITN leaders warned in a 2008 report. “Hematologists, oncologists, and HSCT [hematopoietic stem cell transplantation] physicians are uniquely suited to care for victims of radiation exposure, creating a collective responsibility to prepare for a variety of contingencies.”

RITN doesn’t just train physicians, Case noted. All medical centers within the RITN are required to conduct an annual tabletop exercise where a radiation disaster scenario and a set of discussion questions are presented to the team.

Why are hematologists involved in treating people exposed to dangerously high levels of radiation? The answer has to do with how radiation harms the body, said Ann A. Jakubowski, a hematologist/oncologist and transplant physician at Memorial Sloan Kettering Cancer Center, New York, who serves as a medical director for RITN.

“One of the most common toxicities from radiation exposure and a major player in acute radiation syndrome is hematologic toxicity– damage to the bone marrow by the radiation, with a resultant decrease in peripheral blood counts,” she said in an interview. “This is similar to what is often seen in the treatment of cancers with radiation and/or chemotherapy.”

The crucial role of hematologists in radiation injuries is not new. In fact, these physicians have been closely intertwined with nuclear research since the dawn of the atomic age. The work of developing atomic bombs also led investigators to an understanding of the structure and processes of hematopoiesis and helped them to identify hematopoietic stem cells and prove their existence in humans.

As noted in a recent article in ASH Clinical News, the challenges of treating radiation injuries would be intense, especially in the event of a nuclear accident or attack that affects a wide area. For starters, how quickly can medical professionals be mobilized, and will there be enough physicians comfortable treating patients? Fortunately, irradiated patients should not pose a direct risk to medical professionals who treat them.

“The expectation is that the patients will all be decontaminated,” said Nelson Chao, MD, MBA, one of the founders of RITN and a hematologist/oncologist and transplant physician at Duke University, Durham, N.C.

Jakubowski questions whether there will be adequate resources to handle the influx of patients who need more intensive treatment, as well as outpatients who “received lower doses of radiation and may experience a period of low blood counts but are expected to eventually recover blood counts.”

And if many people are injured, Chao asks, how will physicians “adopt altered standards of care to treat large numbers of patients?”

There will also be a need for physicians who aren’t hematologists, Jakubowski said. “There may be many victims who have both radiation exposure and traumatic or burn injuries, which need to be addressed first, before the hematologist can start addressing the consequences of ARS. Traumatic and burn injuries will require surgical resources.”

In addition, ARS affects the gastrointestinal track and central nervous system/cardiovascular, and it has multiple stages, she noted.

“Although we have methods of supporting the hematopoietic system – transfusions and growth factors – and even replacing it with a stem cell transplant, this will not necessarily fix the badly damaged other organs, Jakubowski said. “Also, not all radioactive isotopes are equal in their effects, nor are the various types of radiation exposure.”

Training Goes Beyond Transplants and Drugs

For example, the RITN webpage devoted to triage includes guidelines for transferring radiation injury patients, triage guidelines for cytokine administration in cases of ARS, an exposure and symptom triage tool, and more. The treatment page includes details about subjects such as when human leukocyte antigen typing of casualties is appropriate and how to keep yourself safe while treating patients.

Another focus is teaching hematologists to react quickly in disasters, Case said. “The vast majority of hematologists have little to no experience in responding to disasters and making decisions with imperfect or incomplete information, as emergency medicine practitioners must do regularly.”

“Some of the RITN tabletop exercises present physicians and advanced practitioners with an incomplete set of patient information and ask physicians to then determine and prioritize their care,” Case said. “The resulting discussions help to lay the groundwork for being able to shift to the crisis standards of care mindset that would be necessary during a radiological disaster.”

Here’s How Hematologists Can Get Involved

If you want to help improve the nation’s response to radiation injuries, Case suggests checking RITN’s list of participating hospitals. If your facility is already part of this network, he said, contact its bone marrow transplant unit for more information.

In such cases, Jakubowski suggests that you “consider periodically giving a presentation to staff on the basics of radiation injury and the center’s role in RITN.” And if you’re not part of RITN, she said, consider contacting the network about becoming a member.