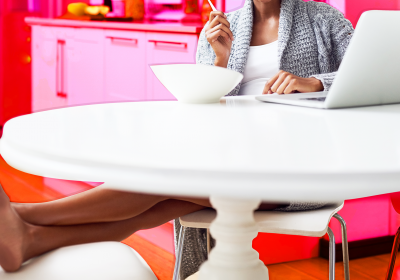 “I see you’ve lost weight recently. Congratulations!” my doctor said with a large smile before continuing with the rest of the exam. I was in my late teens, shivering in her freezing-cold office and obsessing over the fact that I had half of a bagel before coming in, bringing my weight up by half a pound.

When my doctor congratulated me on my weight loss, she did not take the time to notice how much weight I had lost — almost 30 pounds in six months. Nor did she notice that my BMI was slightly under the “normal” weight. She did not even ask me how I had lost this weight. There was a smile, a congratulations and the checking of boxes.

It would be another two years before a different doctor diagnosed me with anorexia after I had hit the “correct” weight to have the illness. However, for many years, I have suffered in silence with a different eating disorder that hasn’t gotten as much attention as anorexia or bulimia but is still just as dangerous: atypical anorexia.

What is atypical anorexia?

Atypical anorexia, according to the Diagnostic and Statistical Manual of Mental Disorders, Fifth Edition, is “anorexic features without low weight.” While most people assume the main feature of anorexia is extremely low weight, the illness is much more complex than simple weight loss. According to Dr. Ovidio Bermudez, senior medical director at Eating Recovery Center in Denver, anorexic and atypical anorexic individuals share the same “desire to lose weight, fear of weight gain and difficulties with negative body image,” which is a painful struggle for those who suffer from typical and atypical anorexia.

A person with atypical anorexia may exhibit all the telltale behaviors of a “typical” anorexic person, like restricting food and working out to the point of passing out, and may even stop getting their period, but don’t “look” like someone who has anorexia, Bermudez tells SheKnows. Atypical anorexia can happen to people who may have started overweight, then rapidly lose weight. Often, these cases are overlooked by doctors who see losing weight as a good thing in such a situation, ignoring all the warning signs of a serious and potentially fatal problem.

“The challenge is that when a person who is severely underweight says, ‘I feel huge,’ it is not difficult to recognize that as a distortion in their body image perception,” Bermudez says. “When a person has lost a significant amount of weight… and they say, ‘I feel huge,’ we have a harder time knowing what to make of that. Their suffering and medical risks are usually quite similar. That is the tricky part.”

It is no secret that fatphobia and fat biases play a detrimental role in health care and eating disorder recovery. For most people, in order to get a doctor to acknowledge that you may have an eating disorder, let alone treat it, you have to be a certain body mass index. If you are overweight, what is perceived as a healthy weight or even diverging from the stereotypical image we have of anorexia — a white teenage girl from a wealthy background — you are more likely to fall through the cracks.

Unfortunately, atypical anorexia is as hard to treat as it is to diagnose, Bermudez explains. Although atypical anorexia has been around for years, it is still new enough to the public that it has not been adequately studied yet. Since we don’t have enough research on atypical anorexia, insurance is much less likely to cover treatment.

“Like many new things, it is often difficult for people to get used to this,” says Bermudez “There are challenges in atypical anorexia with meeting medical necessity criteria if insurances focus on the weight state. Often, the severity of medical complications like slow heart rate or low blood pressures or laboratory abnormalities speak for themselves. The catch is to be able to recognize and treat these patients early before they develop obvious medical complications.”

Atypical anorexia comes with the same health problems as traditional anorexia, including heart failure, osteoporosis, kidney problems and death if untreated, according to the Mayo Clinic. There is also the emotional trauma that comes from people ignoring your illness because of your weight or even congratulating you for losing weight. If I could have been diagnosed with atypical anorexia sooner, I wouldn’t have suffered for years until a doctor told me I was sick enough to get help.

Now more than ever, it is important to realize we cannot tell who has an eating disorder by their size. Regardless of your race, gender, sexuality, age, class and especially weight, every person deserves eating disorder recovery — a life free from disordered eating and thinking.

If you or someone you know is dealing with an eating disorder, please contact the National Eating Disorder Association’s helpline.