How to Watch the CrossFit Open 20.4 Workout Announcement 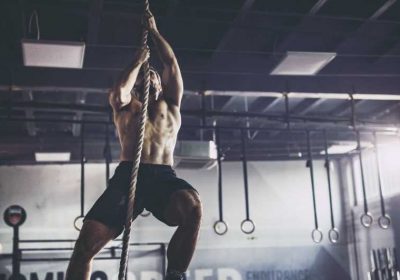 As the 2020 CrossFit Open heads into its fourth week of competition and athletes battle it out for the top score (and to qualify for the 2020 CrossFit Games next year), the stakes—and feats of strength, conditioning, and agility—are ever-higher.

If you’re unfamiliar with the Open’s format, just know that WODs are announced around the world every Thursday over the course of five weeks, with scores due the following Monday. (If you want more details, check out this helpful video.)

This Thursday, October 31 (Halloween!), the Bay Area’s Diablo CrossFit will stream the 20.4 workout announcement on its YouTube channel at 7:50 p.m. EST/4:50 p.m. PST, according to Boxrox. At 8:00 p.m. EST/5 p.m. PST, the box will host American athletes Ben Smith, Sean Sweeney, and Jason Carroll as they take on the 20.4.. The match-up is sure to be impressive: Smith won the CrossFit Games in 2015 and was the only champ between Rich Froning and Mat Fraser’s four-peats. Sweeney (a.k.a. the CrossFit Cowboy) is a three-time CrossFit Games athlete, and Carroll finished 12th in last year’s Open.

You can also watch the CrossFit Open workout 20.4 live announcement through the Italian Showdown’s YouTube channel, if you speak Italian or want to see some of the country’s strongest competitors go head-to-head. The event will feature Stefano Carosso and Marta Ricottini, both of whom were among the top placers in their country in the last Open event.

There are also a few more ways to watch: The CrossFit Games posts entire events on YouTube (also featured on the website homepage). If you check right now, you can watch footage from last week’s 20.3 workout.

Good luck to everyone competing in the Open at their home box—but remember, if you want to try out any of the WODs on your own outside of the competition, you be focused on safety. Last week, Men’s Health‘s fitness director Ebenezer Samuel C.S.C.S. gave some tips about the 20.3 workout. Once we find out what’s coming with 20.4, we’ll share some more guidance so you can crush that WOD, too.