Home » Health News » How to live longer: The best diet to help you reach ’85 years and older’ – what to eat

How to live longer: The best diet to help you reach ’85 years and older’ – what to eat 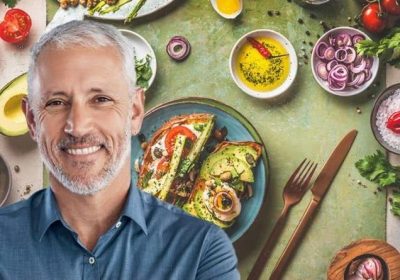 Why some people outlive others can seem like a genuine mystery but research continues to provide answers. A small number of people live to eighty-five years and older, and even fewer live to this age without developing chronic diseases. A study published in the journal BMC Geriatrics sought to understand the relationship, if any, between modifiable factors such as diet and healthy ageing.

According to the researchers, there are few studies of diet among the healthy “oldest old”, especially in North American populations.

They aimed to characterise dietary patterns among “super-seniors” (SS) within the Canadian Healthy Aging Study which explores the link between health decisions and ageing.

For the study, 22 super seniors aged 85 years or older and free of cancer, cardiovascular or pulmonary disease, dementia and diabetes were recruited.

Comparisons were made to 12,626 participants aged 65–86 in the Canadian Longitudinal Study of Aging who completed the same 36-item food frequency questionnaire that queried consumption over the prior 12 months of nutrients and foods thought to be important for ageing.

The Canadian Longitudinal Study on Aging is a large, national, long-term study that focuses on the multitude of factors that can impact ageing.

Higher scores for both dietary patterns were associated with increased odds of being a super senior.

However, only the western dietary pattern remained consistent across the different characteristics of the participants.

“Our finding adds to the limited evidence on dietary intake among the healthiest oldest old but it is unclear whether associations reflect generational differences between groups or possible contributions to longevity,” the researchers concluded.

If you’re looking to live a long life, it is vital to cut back on foods high in saturated fat.

Saturated fat is the kind of fat found in butter, lard, ghee, fatty meats and cheese.

This fatty substance is linked to an increased risk of heart and circulatory disease.

“But just replacing saturated fat with refined carbohydrates, like sugary foods and drinks, won’t improve your health,” notes the BHF.

The health body continues: “Replacing it with unsaturated fats such as oily fish, nuts, or vegetable oils like rapeseed or sunflower oil, does seem to reduce your risk of heart attack and stroke.”

It adds: “Remember, though, all types of fat are high in calories, so eating too much can lead to weight gain.”

To aid weight loss, you should engage in regular physical activity.

Adults should do some type of physical activity every day.

“Exercise just once or twice a week can reduce the risk of heart disease or stroke,” explains the NHS.

Adults should aim to: