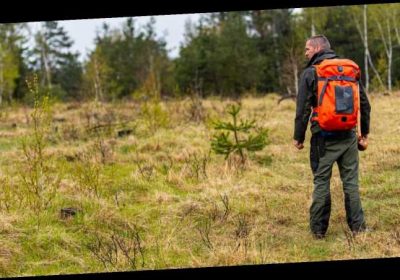 Along with the great outdoors—whether that’s the backwoods, your back yard, your local park, or your favorite running trail—comes insects. And certain insects like ticks can come with trouble.

“Ticks carry organisms that cause illnesses such as Lyme disease, Rocky Mountain spotted fever, ehrlichiosis, tularemia, viral encephalitis, and hemorrhagic fevers,” says dermatologist and co-host of the television show The Doctors, Sonia Batra, MD. And some of what they carry can cause allergic reactions and nerve paralysis, she says.

What’s more your chances of coming in contact with a tick have risen: “Tick-borne diseases have increased dramatically in number in the US over the past two decades,” she says.

“Several reasons for this are newly discovered disease-causing germs in ticks, increased numbers of illnesses caused by tick bites, expanded geographic areas where ticks are found, and even new species of ticks found in the US,” she explains.

When you come in from outdoors, check for the tick itself

Don’t just check for tick bites. Every time you come in from being in wooded areas or places with a lot of grass or brush, do a tick check. Look yourself over completely (use a mirror to see your back) check any pets that were with you, and try to shower as soon as possible.

“Carefully check common sites for tick attachment which are under the arms, around and in ears and the scalp, inside the belly button and around the waist, and the backs of knees and between the legs,” she says. You have to look close: Some ticks can be as small as a poppyseed; others can be about the size of a pencil eraser.

“Initially, the tick will still be attached, and you will see its body and legs. In some people, a hive will form around the site of attachment after a few hours, and this can be itchy or painful,” Dr. Batra says.

This image from Instagram user @deer_stalker_uk shows a tick bite where the tick is still on the skin—this is how small some ticks can be. This was found under a watch strap:

Any top tips for #tick prevention when out in long grass. #tickseason is definitely in full flow. Just sound another one, just under my watch strap. #nature #naturelovers #walking #walkingthedog #tick #tickbite #tickprevention #lymedisease #lymediseaseawareness #deerstalking

The infected area can also be red, swollen and bruised. Ticks can remain attached for 7 to 12 days before they become engorged with blood and fall off, she says, and while attached, they can cause fever, chills, headache, vomiting and abdominal pain. So these indicators might mean there’s a tick on you.

“These symptoms are called tick bite pyrexia, and they will usually improve within 12 to 36 hours once the tick is removed,” she says.

One of the most commonly recognized signs of a tick bite is a bull’s eye-shaped red rash with a central paleness that extends outwards over days to week. And it’s associated with Lyme disease. If you see this rash, you need to get yourself to a doctor ASAP.

This image from @lymenow, a community group for those who have experienced Lyme Disease, shows the bullseye rash:

And take note: “Sometimes there will be no rash despite the bite. By some estimates, 20 to 30 percent of people who develop Lyme disease never had a rash,” she says. If you find an embedded tick and start feeling sick, call a doctor. (Or if you see a rash even if you don’t feel sick, call the doctor.)

“The rash that occurs after the bite can help guide treatment. For example, a bull’s eye rash may signify Lyme disease, while swelling and signs of bleeding in the skin would point to Rocky Mountain spotted fever,” Dr. Batra explains.

But it can’t always tell the whole story, so it’s important to try to identify the type of tick since they can carry different types of infections.

Typical ticks you’ll encounter in the U.S. include:

“This species carries Lyme disease as well as other illnesses, where the female tick has an orange body and black oval on its back towards the head,” she says. The rash caused by this type of tick usually starts red and gradually expands to create a central paleness in color. “Identifying this type of tick and bite is important, as Lyme disease can cause long term neurologic and joint problems,” she says.

“The females are brown and have a white spot in middle of their backs and they can carry Rickettsia, Ehrlichia, and Borrelia,” she says. They may also be associated with a newly-described condition that can cause an allergy to red meat (alpha-gal allergy). Their bite often looks like a raised, red welt, but occasionally it can cause a bull’s eye rash that expands with that same paleness at the center and some redness at the periphery of the spot or area that bites from deer ticks are known for.

“These gray or brown ticks carry Rocky Mountain spotted fever and tularemia, and when attached, they often look like oblong small balls or marbles with attached legs,” she says. These ticks often prefer to feed on dogs but can also be transferred to humans. The site of a bite may be red or ring shaped and inflamed.

For more help identifying the type of tick, check out the extensive tick identification information at The University of Rhode Island’s TickEncounter site.

How to Remove Ticks

With all types of ticks, it is important to attempt to remove the tick with pointed tweezers and use a slow, steady pressure so that the mouth parts are also removed. “Sharp sudden pressure can break off the mouth parts and leave them embedded in the skin, and then they will need to be cut out,” she says.

Of course, the best way to manage ticks is not to get them at all. See which repellents work best against ticks.