Home » Health News » How to fix your gut health: 5 simple ways from a dietitian including exact foods to eat

How to fix your gut health: 5 simple ways from a dietitian including exact foods to eat

Gut health problems are common. In fact, a survey from Holland and Barrett found nearly three-quarters of respondents (72 percent) experience gut health problems, ranging from feeling bloated, to suffering heartburn and constipation, but nearly half (44 percent) do nothing about it. A lot of this comes down to not knowing where to start.

As well as having its own ‘brain’, which contains 150 million nerve cells, the gut is also home to trillions of bacteria that play a vital role in providing essential nutrients, tuning the immune system and even altering the function of the brain and other distant parts of the body.

The gut also bears a large influence on our mental health and mood, due to a direct link between the gut and the brain, called the gut-brain axis.

Jo Travers, registered dietitian for Love Your Gut Week said: “The gut and the brain ‘talk’ to each other on a regular basis using special chemical messengers produced by the bacteria that live in our gut.

“Among these, we can find dopamine and serotonin – also known as happiness or ‘feel good’ hormones.

“Although gut-brain axis communication is two-way, over 80 percent of the messages are sent from the gut to the brain, rather than the other way round. 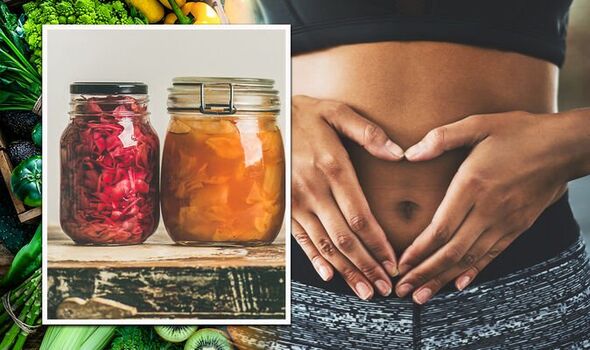 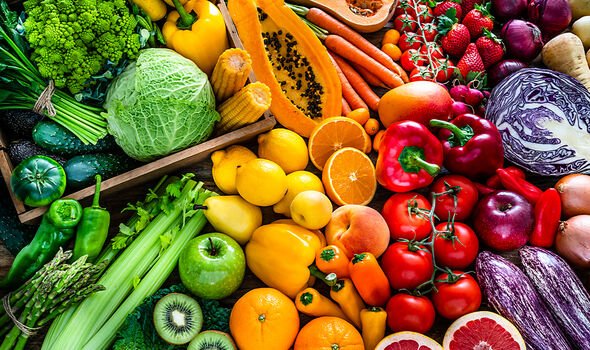 “However, if conditions are less favourable in either place, then this can affect the other.

“The health of our gut has an impact not only our digestion but also our immune system and weight management – so with a little nurturing, the gut will not only aid your mental health but your physical health too.”

So, if you’re hoping to improve your gut health but you’re unsure where to start, here are six key areas to focus first.

There is a strong link between gut health and the immune system.

Ms Travers said: “The bacteria in our gut ‘teach’ our immune systems what is harmful and what isn’t.

“This helps make sure the immune system doesn’t overreact when exposed to antigens and keeps inflammation in check.”

However, this important bacteria “thrives” according to Ms Travers, when we eat plenty of plant fibre; get some exercise; sleep well and manage stress.

One study found exercise to promote the growth of a bacteria called butyrate.

Butyrate can help repair the gut lining and reduce inflammation, potentially preventing diseases such as inflammatory bowel disease and insulin resistance, which can lead to diabetes.

Varied gut microbiota is associated with better health and in order to keep the bacteria thriving, you need to feed them well.

A study found that people who eat 30 or more different plant foods each week are likely to have a much more varied gut microbiota than those who eat 10 or less.

Ms Travers said: “To up your intake of plant-based foods, try adopting new habits such as swapping to wholemeal pasta when cooking, adding an extra portion of veg to your plate or snacking on nuts and seeds.”

DON’T MISS:
Can I drink Kombucha every day? Health benefits and how to make it [EXPLAINED]
How to live longer: The sign in the gut linked to early death [INSIGHT]
Saffron supplement reduces stress and anxiety in men [ANALYSIS] 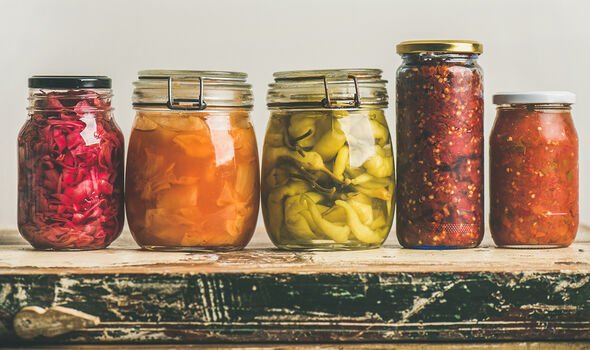 Sufficient sleep is crucial for general wellbeing, but depriving yourself of sleep can disrupt the communication between our gut and brain.

Lack of sleep releases the stress hormone, cortisol, which plays a role in intestinal permeability issues, according to Henry Ford Health.

This can be known as a “leaky gut”, which describes the process of food and toxins filtering through to your intestine into the bloodstream.

Ryan Barish, M.D told Henry Ford Health: “This can lead to a host of issues including bloating, inflammation, stomach pains, food sensitivities, and changes to the gut microbiome.”

Ideally, adults should get between seven to nine hours of sleep a night, according to the NHS website.

She said: “Microscopic airborne particles are colonised by a variety of bacteria that make their way into us via the air we breathe.

“One of my favourite ways to take advantage of the outdoors is by gardening, as science shows that exposure to green spaces and outdoor sunlight, including our own gardens, has proved successful at improving mental wellbeing, reducing depression and anxiety symptoms, while also having a positive effect on stress reduction.”

It’s also advised to expose yourself to daylight early in the morning to help your body know when to sleep at night.

Martin Seeley, CEO and sleep expert at MattressNextDay said: “Light plays the most integral role in regulating your body’s internal clock, as it signals to your brain when to be alert and when to rest.

“Throughout the day, you should expose yourself to as much light as possible to bring on the feeling of alertness, however, as the day goes on, you should close your curtains to block out the light nights, and instead use ambient lamps.”

Keep track of what you eat and drink

An easy way to monitor your gut health is by tracking exactly what you eat and drink, and cross-referencing with any symptoms you may experience.

Ms Travers said: “A simple way to do this is by keeping a food and symptoms diary, where you can keep note of the food and drink you consume, alongside symptoms, and then share this with your GP or dietitian, who will be able to help identify any triggers.”