Home » Health News » How the brain interprets motion while in motion

How the brain interprets motion while in motion 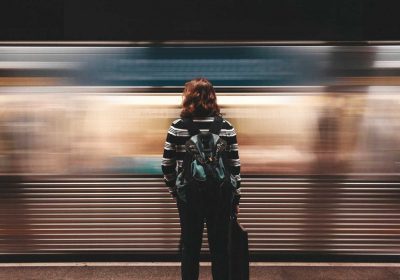 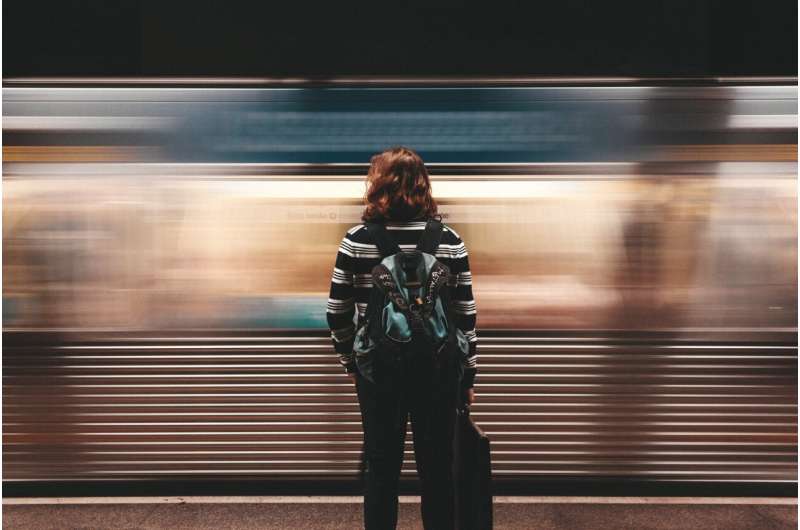 The same sensory experience—viewing a train—can yield two very different perceptions, leading you to feel either a sensation of yourself in motion or a sensation of being stationary while an object moves around you.

Human brains are constantly faced with such ambiguous sensory inputs. In order to resolve the ambiguity and correctly perceive the world, our brains employ a process known as causal inference.

Causal inference is a key to learning, reasoning, and decision making, but researchers currently know little about the neurons involved in the process.

In a new paper published in the journal eLife, researchers at the University of Rochester, including Greg DeAngelis, the George Eastman Professor of Brain and Cognitive Sciences, and his colleagues at Sungkyunkwan University and New York University, describe a novel neural mechanism involved in causal inference that helps the brain detect object motion during self-motion.

The research offers new insights into how the brain interprets sensory information and may have applications in designing artificial intelligence devices and developing treatments and therapies to treat brain disorders.

“While much has been learned previously about how the brain processes visual motion, most laboratory studies of neurons have ignored the complexities introduced by self-motion,” DeAngelis says. “Under natural conditions, identifying how objects move in the world is much more challenging for the brain.”

Now imagine a still, crouching lion waiting to spot prey; it is easy for the lion to spot a moving gazelle. Just like the still lion, when an observer is stationary, it is easy for her to detect when objects move in the world, because motion in the world directly maps to motion on the retina. However, when the observer is also moving, her eyes are taking in motion everywhere on her retina as she moves relative to objects in the scene. This causes a complex pattern of motion that makes it more difficult for the brain to detect when an object is moving in the world and when it is stationary; in this case, the brain has to distinguish between image motion that results from the observer herself versus image motion of other objects around the self.

The researchers discovered a type of neuron in the brain that has a particular combination of response properties, which makes the neuron well-suited to contribute to the task of distinguishing between self-motion and the motion of other objects.

“Although the brain probably uses multiple tricks to solve this problem, this new mechanism has the advantage that it can be performed in parallel at each local region of the visual field, and thus may be faster to implement than more global processes,” DeAngelis says. “This mechanism might also be applicable to autonomous vehicles, which also need to rapidly detect moving objects.”

Unraveling a complicated circuit of neurons

Causal inference involves a complicated circuit of neurons and other sensory mechanisms that are not widely understood, DeAngelis says, because “sensory perception works so well most of the time, so we take for granted how difficult of a computational problem it is.”

In actuality, sensory signals are noisy and incomplete. Additionally, there are many possible events that could happen in the world that would produce similar patterns of sensory input.

The brain has a difficult problem to solve: it must infer what most likely caused the specific pattern of sensory signals that it received. It can then draw conclusions about the situation and plan appropriate actions in response.

Building on these latest results and using data science, lab experiments, computer models, and cognitive theory, DeAngelis, Haefner, and their colleagues will continue working to pinpoint single neurons and groups of neurons that are involved in the process. Their goal is to identify how the brain generates a consistent view of reality through interactions between the parts of the brain that process sensory stimuli and the parts of the brain that make decisions and plan actions.

Recognizing how the brain uses causal inference to separate self-motion from object motion may help in designing artificial intelligence and autopilot devices.

“Understanding how the brain infers self-motion and object motion might provide inspiration for improving existing algorithms for autopilot devices on planes and self-driving cars,” Haefner says. For example, a plane’s circuitry must take into account the plane’s self-motion in the air while also avoiding other moving planes appearing around it.

The research may additionally have important applications in developing treatments and therapies for neural disorders such as autism and schizophrenia, conditions in which casual inference is thought to be impaired.