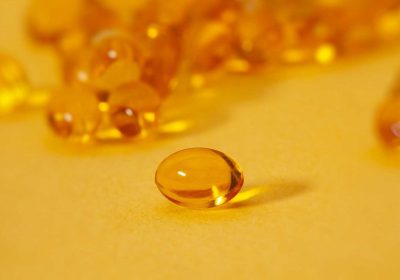 Low levels of vitamin D during the first year of life are inversely associated with metabolic syndrome in adolescence—which is closely linked to obesity—according to a new University of Michigan study.

Metabolic syndrome is a group of conditions such as high blood sugar, excess body fat around the waist and abnormal cholesterol or triglyceride levels that together increase risk of heart disease, stroke and type 2 diabetes.

“We can never tell from an observational study if there is causation but at least from a predictive point of view, the fact that a single measure of vitamin D in early life predicts cardiovascular risk over such a long period is compelling,” said senior author Eduardo Villamor, professor of epidemiology at the U-M School of Public Health.

The study, published in the American Journal of Clinical Nutrition, used data from more than 300 children from a cohort of about 1,800 participants recruited as infants. The children from 50 low- and middle-income neighborhoods in Santiago, Chile, were followed through adolescence for a cardiovascular risk assessment.

Villamor and colleagues measured blood concentration of vitamin D at age 1 and examined its association with body mass index-for-age at ages 5, 10, and 16-17. They also measured the percentage of fat and muscle mass and a metabolic syndrome score and its components (waist circumference, blood pressure, blood lipids, insulin resistance) at age 16-17.

They found that every extra unit of vitamin D in the blood of a 1-year-old was related to a slower gain in BMI between ages 1 and 5, a lower metabolic risk score at age 16-17 and less body fat and more muscle mass in adolescence.

Another important aspect of the study was that it was conducted at a time when early cardiovascular risk factors in Chilean children were on the rise, driven in part by the obesity epidemic in this Andean country.