High cholesterol: The ‘tasty’ and ‘cholesterol-busting’ fruit you should eat – expert

This Morning's Dr Chris discusses the signs of high cholesterol

It is often linked to lifestyle choices. Eating too much fatty food, not exercising enough and being overweight are known contributors to the build-up of cholesterol. Therefore, doctors will recommend patients switch to a healthier diet to lower cholesterol levels.

However, there is a certain fruit that could be even more beneficial than others.

Okra is actually the seed pod of a plant, and although classified as a fruit it is cooked more as a vegetable.

Speaking to Express.co.uk, he said: “Swap potatoes for okra in everyday meals to reap the cholesterol-busting benefits. 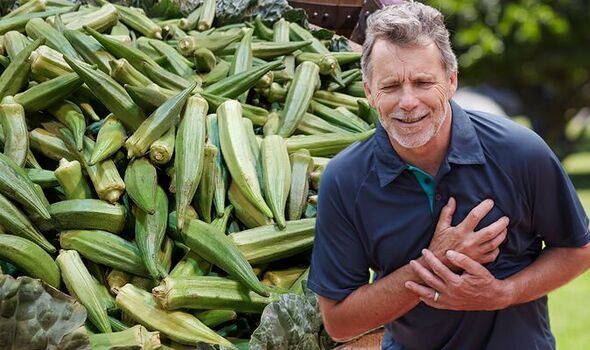 “AKA ladies’ fingers, okra contains a healthy gel called mucilage that can help with high cholesterol, according to scientific studies.

“Polyphenols play a huge role in cholesterol management and dieticians would usually recommend eating colourful vegetables like the aubergiene to reap the benefits.

“However, okra has higher levels of inflammation-busting polyphenols like isoquercetin and studies have shown they notably help in reducing strokes and heart issues.”

Although not commonly found in British dishes, okra is a popular ingredient in the United States as well as Middle Eastern, Indian, Brazilian and Sri Lankan cuisine.

“In comparison to most fruit and vegetables, okra has higher amounts of fibre, protein, vitamin B6 and folate which all help keep cholesterol under control,” Rob added.

“You can grill or fry okra as a tasty side dish or add it to soups if you’re not keen on the taste or texture.”

There are two types of cholesterol found in the blood.

These are often referred to as “good” and “bad” cholesterol. 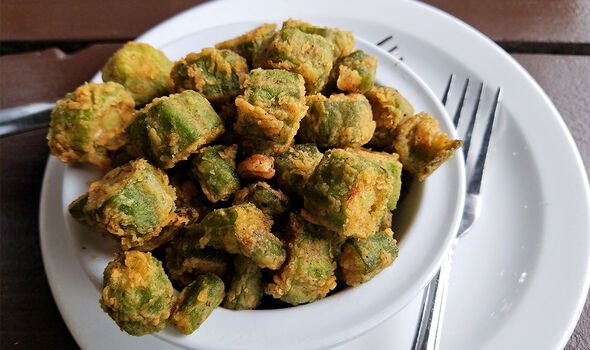 Having “good” cholesterol, known as high-density lipoprotein, makes you less likely to have heart problems or a stroke

Whereas “bad” cholesterol or low-density lipoprotein puts you at greater risk of this.

Along with diet, exercise and weight, smoking and drinking alcohol can make you more likely to have high cholesterol levels.

It can also run in the family. 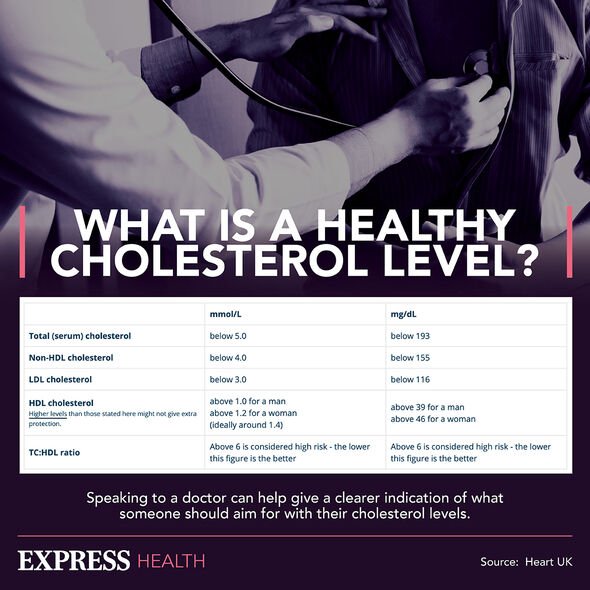 The NHS advises eating a healthy diet, exercising regularly and cutting down on smoking and drinking.

Foods it recommends include:

Some foods to avoid are meat pies, sausages and fatty meat, butter, lard and ghee and cakes and biscuits.