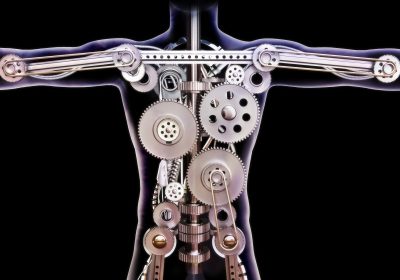 From the very first cases of the novel coronavirus reported in China, doctors knew the virus targeted the lungs. But now, doctors are seeing patients with severe symptoms who are developing other damage around the body — from the kidneys to the heart.

“While the lungs are kind of taking the brunt of it, because our immunity is so low to coronavirus, it’s actually able to move around and circulate throughout our whole body,” said Dr. Eric Cioe-Peña, an emergency room physician and the director of global health at Northwell Health in New York who is also co-directing a coronavirus treatment hospital at the South Beach psychiatric facility on Staten Island.

The coronavirus enters the body through the respiratory tract — through the mouth or nose and into the lungs — so to infect a person it needs to bind to an enzyme found on the surface of respiratory cells, Cioe-Peña said.

But once the coronavirus is actually in the body, it can get into the bloodstream, and from the bloodstream, SARS-CoV-2 can travel to, and invade, other organs. “Once it’s in the human body, it doesn’t have a problem getting into different types of cells,” Cioe-Peña told Live Science. That is “unfortunate because it causes all these other organ problems.”

In treating severe COVID-19 patients in the emergency room, Cioe-Peña has seen patients develop viral myocarditis, or infection of the heart muscle. When one of his patients with COVID-19 undergoes sudden cardiac death, or a sudden death caused by heart problems, it’s typically from infections around the heart, he added.

Heart problems have been reported in COVID-19 patients before. More than 1 in 5 patients developed heart damage as a result of COVID-19 in Wuhan, China, one small study published March 27 in the journal JAMA Cardiology suggested.

SARS-CoV-2 can infiltrate both the heart and the lungs, because they each contain cells covered with the surface proteins known as angiotensin-converting enzyme 2 (ACE2), which serves as the gateway for the virus to enter cells, Live Science previously reported.

Other organs also contain this enzyme. The gastrointestinal (GI)  tract, for example, has many of these gateways — and its thought that the virus might be getting into other organs in a similar way.

Some patients who don’t have respiratory symptoms instead experience GI-tract symptoms, which means that the virus has infiltrated their small intestines and sometimes large intestines, Cioe-Peña said.

“And then we see elevated liver enzymes a lot,” sometimes in mild cases, suggesting that SARS-CoV-2 is invading liver cells, he said. When liver cells die, they spill their enzymes into the bloodstream, he added. But the liver is “incredibly good at regenerating, so there’s probably no long-term damage,” to the liver from the virus, he said.

While some organ damage is a result of the virus directly invading cells, the  immune system causes much of the rest, Cioe-Peña said. Cytokine storms — in which an army of immune cells are released into the bloodstream and then attack healthy tissues throughout the body — cause severe lung injury and can also cause multi-organ system failure, Cioe-Peña said. It’s “an overwhelming response that essentially kind of shuts down our body.”

It’s not clear why some people have such an elevated immune response compared with others, but some people could be genetically prone to it, Dr. Erin Michos, the associate director of preventive cardiology at Johns Hopkins School of Medicine previously told Live Science.

Such cytokine storms can even affect the brain, and some COVID-19 patients may have cytokine storms in the brain, according to a previous Live Science report. What’s more, loss of smell and taste have recently been added to the list of possible symptoms of COVID-19, which could suggest that the coronavirus might be able to invade the nervous system and the part of the brain responsible for the sense of smell, Live Science previously reported.

Because there’s currently no cure or specific treatment for the coronavirus, treatment at the hospital involves supportive care for the affected organs.

It’s not all bad news. “In very, very severe cases, there’s likely some permanent damage,” Cioe-Peña said. But “we’ve seen evidence of people that have complete recoveries.” The liver and kidneys in particular can shut down and then come right back on and go back to normal.

Even with multifocal pneumonia, or pneumonia that affects more than one part of the lungs, “we see a lot of people’s chest X-rays and lung scans return to normal,” he added. So for most people, “the organs are going to recover, as long as you survive the infection.” That’s even true in patients with damage to the heart— an organ that’s not as competent at regenerating as others. Patients who have myocarditis have a very high rate of mortality, Cioe-Peña said. But “most people with heart damage from myocarditis fully recover, assuming they survive.”

None of this is particularly surprising. In many viruses, “we see a lot of organ involvement,” Cioe-Peña said. Any new virus that hops to humans, “can kind of go rampant in the body,” because our immune system hasn’t seen anything similar, he added. Once individuals develop some immunity to it, the multi-organ involvement will be less common, he said.

It’s still unknown how much immunity people who have recovered from the virus will have. But even if they don’t gain full immunity, surviving the infection once will likely mean someone has  a less severe infection with less multi-organ involvement the second time around, he said.

For a limited time, you can take out a digital subscription to any of our best-selling science magazines for just $2.38 per month, or 45% off the standard price for the first three months.View Deal