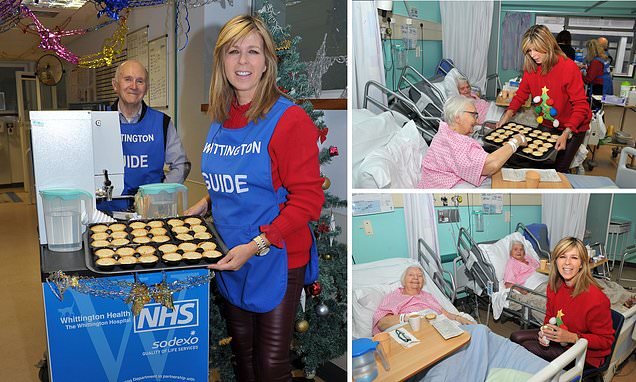 She usually spends her morning at the Good Morning Britain studio or behind the desk at Smooth Radio.

But yesterday, Kate Garraway slipped on a volunteer vest to help bring festive cheer to patients on the Victoria Ward at the Whittington Hospital in north London.

The broadcaster, 51, took a few hours out of her day to serve hot drinks and mince pies to those in need after reading about the Daily Mail’s Christmas campaign to help recruit more volunteers alongside charity Helpforce. 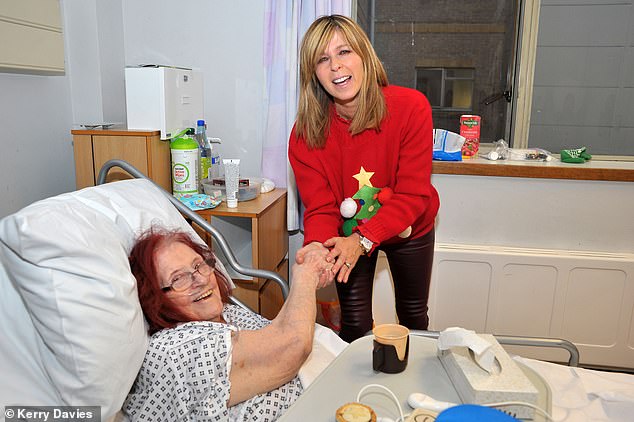 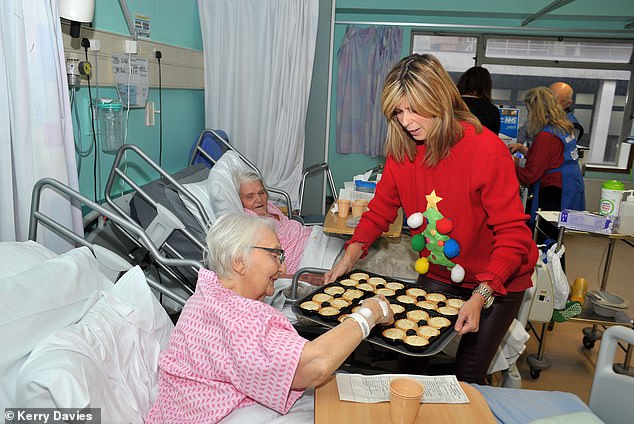 Joining forces with regular volunteers Loretta Mitchell and Henry Webb, Miss Garraway chatted to patients and made them teas and coffees.

The Mail and Helpforce are asking readers to pledge three hours a week or one day a month to their local NHS for six months.

Miss Garraway said she was happy to lend a helping hand after the years of support her local NHS hospital had given her and her family. 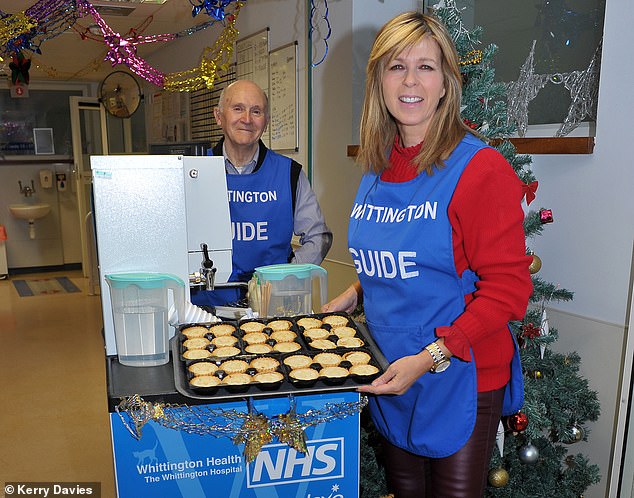 The broadcaster, 51, took a few hours out of her day to serve hot drinks and mince pies to those in need

The TV star recently had a scare when she was rushed from the Good Morning Britain studios to Whittington, thinking that she had contracted meningitis.

‘I’d felt a little bit unwell the day before and then got up early for GMB and felt really unwell and the producer was like “You need to get yourself to A&E” and because this is closest to where I live they whipped me in here and soon sorted me out,’ she said.

‘I’ve got a lot of past experience with this hospital. I’ve got a daughter who plays a lot of sport so I’m always getting phone calls from the school saying, “She’s twisted this or she’s wrenched that. You’d better get it checked out.” I virtually have my own chair in A&E,’ she said.

After seeing the work the volunteers do on the ward, Miss Garraway said it can sometimes be just as rewarding for the volunteers as it is for the patients they help.

‘It’s a brilliant idea this campaign because it’s clearly going to be great for the hospitals to have that extra help,’ she said.

‘They’re not doing anything that medical staff are doing. They’re there to do extra things that can really make someone’s day. For the volunteers it’s brilliant.’

Longstanding volunteer Mr Webb, 82, said he loves giving back to the hospital staff who helped care for his wife when she was alive. 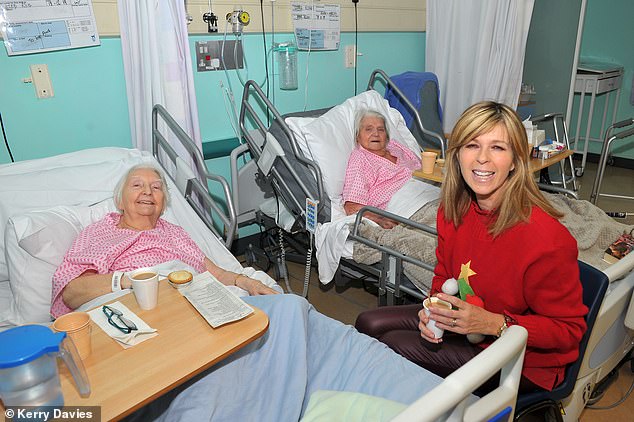 ‘When I lost her there was no way I was going to watch daytime television so someone suggested that I volunteer and it was a no-brainer. They looked after my wife so well that I thought why not,’ he said.

Miss Garraway said: ‘The great thing is you can do as much or as little as you can.’

Stars including JK Rowling, Sir Cliff Richard, Geri Horner, Sir Tom Jones and Joanna Lumley have lent their support to the campaign, alongside Prime Minister Theresa May and Simon Stevens, the chief executive of NHS England.

Prospective volunteers can register their interest by filling out a simple form online. They will carry out vital hospital roles such as mentoring patients, collecting prescriptions, providing friendship and even transporting blood.