Home » Health News » Girl, 4, Dies of Flu-Related Complications After Not Being Vaccinated This Season

Girl, 4, Dies of Flu-Related Complications After Not Being Vaccinated This Season 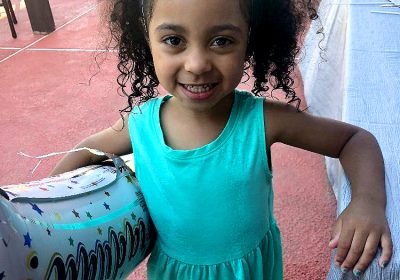 A young girl from Texas has died after experiencing complications from the flu, and her family says she did not receive her vaccination this year.

According to WFAA, when 4-year-old Ashanti Grinage developed a high fever on Tuesday, January 29, she was diagnosed with influenza after arriving at an emergency room near her home. But while doctors recognized her fever as a sign of the flu, they did not test her for pneumonia, which has similar symptoms such as a fever, a dry cough, headache and weakness.

“My wife called me and said that Ashanti had a high fever, and that she’s taking her to the emergency room because she might have the flu,” her father, Martel Grinage, told the news outlet. “When she went to the doctor, she had pneumonia, and we didn’t know.”

Doctors let Ashanti return home once her fever subsided. But on Thursday, her parents noticed her cough had grown worse and she was extremely fatigued, and they rushed her to the emergency room once again.

“The doctors told me when I got there, that her lungs were full of pneumonia and that they did the best that they could do,” Grinage, 30, told WFAA. “I told myself when she hears my voice — I know she’s getting up… I was just praying… waiting for her to wake up.”

Ashanti would pass away a short time later.

“They were just pumping and pumping, and my daughter never got off that table,” her father recalled. “I never even got to say goodbye.”

Grinage told ABC 13 that he wished he would have pressed for further testing during their first trip to the emergency room.

RELATED: Michigan Man Fights for His Life After Pneumonia Leads to Amputation of His Lung and Legs

Relatives of the family have started a GoFundMe page to raise money for Ashanti’s funeral expenses.

“Although we are not ready and it is hard to accept we know our family has gained a beautiful angel in heaven,” Ashanti’s aunt, Nereida Olivarez, wrote on the donation page. “[Her parents] are heartbroken to say the least as the life they knew has been shattered into a million pieces.”

“From the bottom of my heart which feels so deep, dark, and empty at this time, I am asking you to please provide prayers for our family,” Olivarez wrote. “This loss is something that Ashanti’s parents and all of us who love her did not expect.”