Gina Rodriguez on Her History of Depression and Suicidal Thoughts: ‘It’s a Very Real Feeling’ 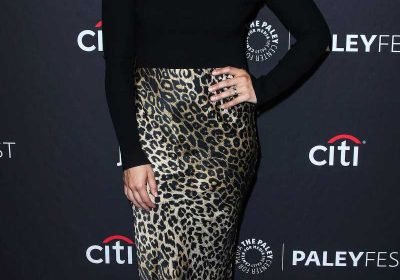 Gina Rodriguez is not going to hide her mental health struggles any more.

The Jane the Virgin star first opened up about her anxiety in an Instagram post two years ago, but she’s now sharing more about her history of depression and suicidal thoughts. Speaking at the Kennedy Forum, an annual dialogue on mental health, Rodriguez, 34, said that she was having trouble managing her anxiety while filming the final season of the CW show, which wraps up this summer.

“There was a point where I couldn’t…push through every single time anymore, and I’m one of those human beings … where I’m like, I’ll handle it later. I’ll deal with it later. I’ll figure it out later. I just have to do this now. All the while you’re dealing with your silent little dragon in your head,” she told NBC’s Kate Snow. “And it came to a point, and this season was the first season where I had to stop production. I had a really tumultuous season, and I was unafraid for the first time to be like, ‘I can’t.’ ”

Rodriguez, who has also openly discussed her battle with Hashimoto’s disease, spoke with Snow just after the correspondent’s husband, Chris Bro, talked candidly about his own struggles with depression and suicidal thoughts, and the actress said she could relate to his words.

“I think I started dealing with depression around sixteen,” Rodriguez said. “I started dealing with the idea of — that same concept that I think your husband was talking about — [that] everything is going to be better when I’m gone. Life will be easier; all the woes will be away, all the problems … Then I wouldn’t have to fail or succeed, right? Then all this surmounting pressure would go away. It would just go away.”

Snow, listening to Rodriguez speak, confirms with her that she’s saying she had suicidal thoughts.

“Oh, yeah,” Rodriguez said, tearing up. “I felt that before, not too long ago, and it’s a very real feeling. And I like that you had spoken with your husband about not being afraid to ask somebody if they feel that way, because it’s very … it’s just new territory. For me it was very new territory.”

The newlywed star said that she decided she couldn’t keep her mental health struggles under wraps anymore because of the young girls looking up to her and seeing what looks like a perfect life.

“It was the reason why I took this talk,” she said. “It has to be a part of the conversations I have with these young girls. I can’t just tell them to go out and make their dreams come true and then to ignore everything else.”

Snow commended Rodriguez for speaking out.

“It feels brave right now,” Rodriguez agreed. “It feels like I’m at the top of Mount Everest, but it feels good.”

If you or someone you know is considering suicide, please contact the National Suicide Prevention Lifeline at 1-800-273-TALK (8255), text “home” to the Crisis Text Line at 741-741 or go to suicidepreventionlifeline.org.