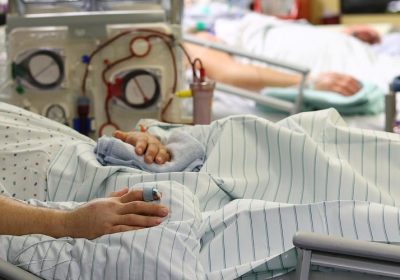 BERLIN (Reuters) – Germany reported another record high seven-day incidence of the coronavirus on Wednesday even as the country prepares to ease restrictions.

The Robert Koch Institute (RKI) registered 262,593 new infections, a 22% jump compared to a week ago, bringing the total number of infections to nearly 17.7 million.

Infections have been rising again since the start of March after rules preventing unvaccinated people from accessing many indoor public spaces started to be eased.

On Friday, parliament is set to adopt a slimmed-down law that will significantly reduce restrictions around Germany. The existing law expires on Saturday.

The government argues that even though cases are rising, there is no longer a major risk of overloading the health system due to vaccinations and the fact that the dominant Omicron variant often has milder symptoms.

Limited protective measures will still be possible in hotspots with high numbers of infections.