Home » Health News » From the city to the sea: Melbourne’s best summer walks, by those who walk them

From the city to the sea: Melbourne’s best summer walks, by those who walk them 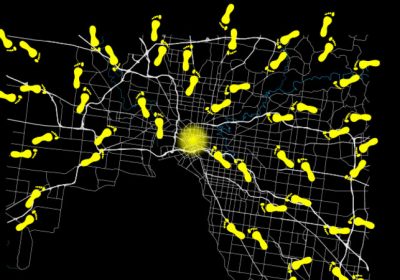 How well do you know Melbourne? Even if you’ve lived here for all your life, it’s unlikely you know this city – its secret charms and its embarrassing bits – quite as well as New Zealand-raised comedian and radio host Tony Martin.

For 10 years, Martin and his partner Sarina Rowell have been on a mission to walk every street in Melbourne. So far they’ve explored the inner-north and west, every street in Parkville, out to Essendon and Brunswick’s northern edge. “Three and a half weeks ago we finished [another] section,” says Martin. “We’ve done from Warrigal Road [in Chadstone] to the ocean [Beaumaris].” 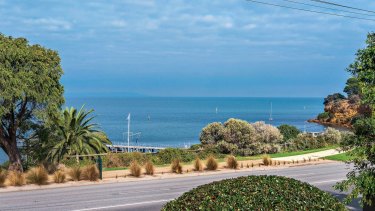 Beaumaris, by the water, makes for a lovely walk.

The project began when Martin wanted an exercise regime to ease back trouble. “I hate the gym and I couldn’t run," he says. "I was doing a daily walk of my neighbourhood but I was bored shitless.

“We’d walk for an hour-and-a-half and realise we’d seen nothing. So we thought we’d head to Toorak and walk every street there."

After Toorak they headed to the Westgate Bridge (“Ground Zero”) and the idea to walk every street in Melbourne was born.

“When you walk along a street you’ve never been down, it’s like you’re on holiday and you are noticing everything,” he says. Melbourne’s gems include lovely architecture, homes from bygone eras and eclectic high streets. Walking feeds the imagination of this creative couple (Rowell is a scriptwriter). 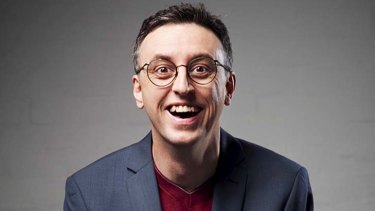 “We play games: ‘Which celebrity lives in this street?’ Or we try and find ‘The Snowtown house’,” says Martin – referring to Australia’s “bodies in the barrel” true crime. “Every street has one; a house with all the blinds down.”

Martin and Rowell are not unique in their choice of exercise. Walking is the most popular physical activity for Australians. The latest data, collected by the Federal Government’s Sport Australia, found 8.7 million Australians over the age of 15 participate in walking for recreation, with 65 per cent citing health and fitness as the motivation. Recreational walking had a median frequency of 156 sessions per year (three times per week). The next most popular sport or activity for adult Australians is going to the gym.

Sport Australia’s Gary Rauber points out that nearly anyone can go for a walk: “You don’t have to be an elite athlete. You don’t need a uniform or to go to a specific venue. And it’s free.”

Walking for health or recreation is typically something Australians do more of as we age. But elsewhere it can pull a younger crowd. The Guardian recently reported UK charity The Ramblers "counts more than 50 groups nationwide for people in their 20s and 30s – and they are growing rapidly".

It probably doesn’t hurt that many “rambles” finish at a village pub.

Back home, walking charity Victoria Walks shares walks on its Facebook page. The most popular posts share routes, photos and information for nature walks just beyond Melbourne’s metropolitan boundary, such as the You Yangs and Werribee Gorge.

But for some walkers, waiting for an opportunity to escape the city to go hiking is a mistake.

Steve Frazzetto’s love affair with urban walks began 20 years ago in an unlikely place: industrial Campbellfield. “I used to work up near the Ford factory. It was a beautiful Friday afternoon and I decided to walk home [to Northcote]," he says.

“I remember going past all these kebab shops and I ended up on the Merri Creek and I got home three or four hours later. I remember thinking I had taken in so much more than I ever did, and I could eat a big meal at the end.” 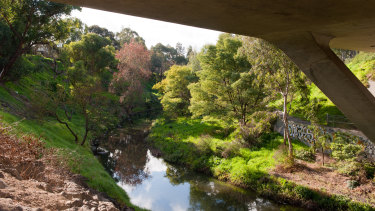 Now the 47-year-old project manager uses his days off to explore Melbourne by foot. He does a few really long urban hikes each year. “Once my daughter and I walked from our [current] home in Ascot Vale to my parents’ house in Doncaster. Lucia was about 10 at the time."

The walk, roughly 24 kilometres, took about six hours. “I think Lucia talked the whole way,” laughs Frazzetto. They went through Royal Park, took in Balwyn, and ended up on a walking trail near the Eastern Freeway.

Frazzetto understands the allure of the bush, but finds urban environments stimulating too. “I love that you’ll see old people just sitting out on their porch. You say hello.”

He loves the freedom: “You don’t have to carry anything except your wallet. You can check what the weather is doing the next few hours and just go.”

His favourite walk took him from Melbourne’s Shrine of Remembrance to Flemington through Melbourne’s beautiful gardens. He loves to squeeze in a coffee and doughtnut stop on Lygon Street. 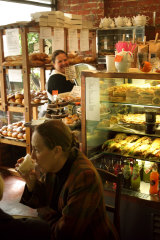 A coffee on Lygon Street only sweetens the deal.Credit:Rodger Cummins

Simone Alexander is also energised by suburbia. Raised in Sydney, she got to know Melbourne in her 20s through walking. A demographer by training, she is fascinated by the changing faces of our suburbs. She regrets that Brunswick, where she lives, is slowly but surely losing its Greek and Italian accents.

Alexander, 53, got her first car two years ago. She’s used it to expand her horizons. Like Tony Martin, she likes a challenge (so long as it’s at a walking pace). She and her partner are currently working their way around the walkable parts of Port Phillip Bay. So far they’ve done about 150 kilometres from Geelong to Seaford.

“We’re such a car-centric culture. But I love how walking brings things back to a human scale. You see things you never do when you whizz past everything at 60 or 80 kilometres per hour. There are so many quirky things, hidden histories.”

There’s a very shallow part of the Maribyrnong River at Avondale Heights.

A “little plaque… tells you this is where people used to cross to head to the goldfields. You’d never know about it", she says.

Alexander walks about 50 kilometres each week. “I’ve never been sporty but a couple of years ago I decided to get serious … I didn’t want to get to my 70s and realise it was too late to get active and my body was falling apart.”

Will they ever complete their Melbourne walking mission? It depends of course on how one defines Melbourne and where “the other” begins.

“[Musician] Dave Graney asks me when I’m going beyond the latte belt,” says Martin. “When are you doing Thomastown?”

“I point out the latte belt keeps getting looser. Reservoir is well and truly in there now.”

Martin and Rowell, who walk about an hour a day, have a rule that they must walk both sides of each street. “We don’t want to miss anything,” explains Martin.

He lets me in on a secret. “If you go one block back from a busy road – Punt or Flemington for example – that’s where the really good stuff is.”