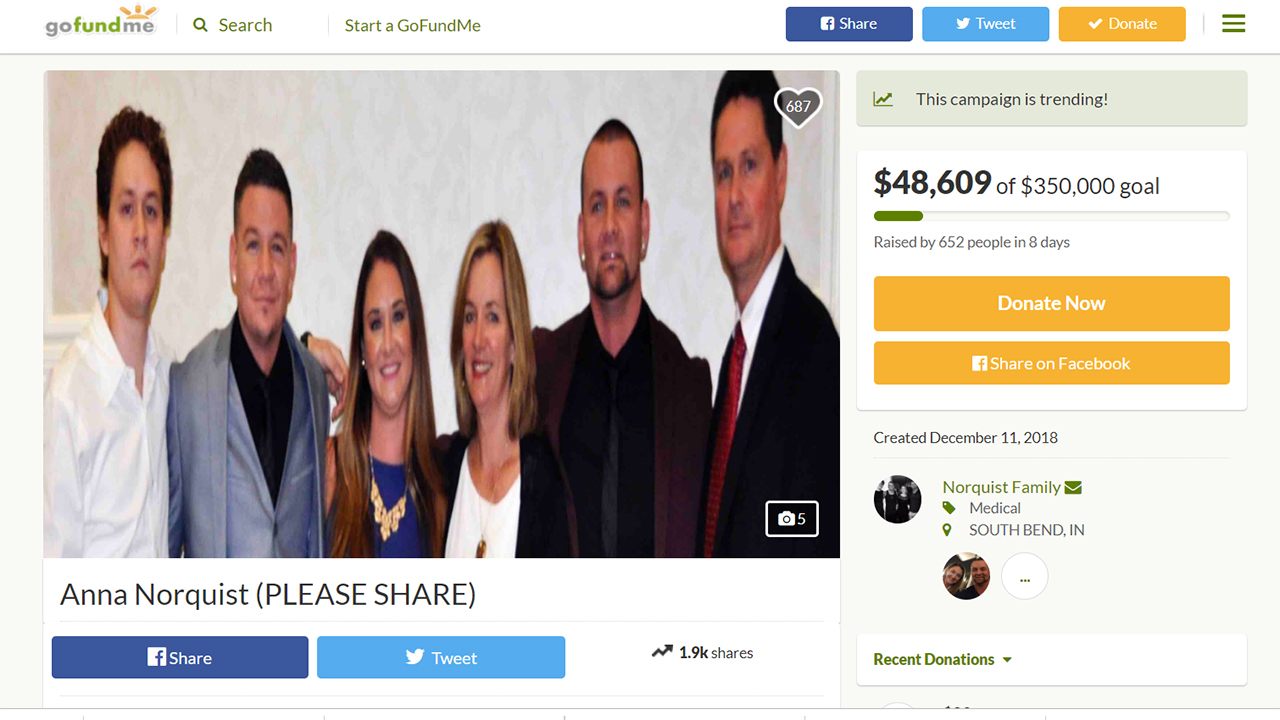 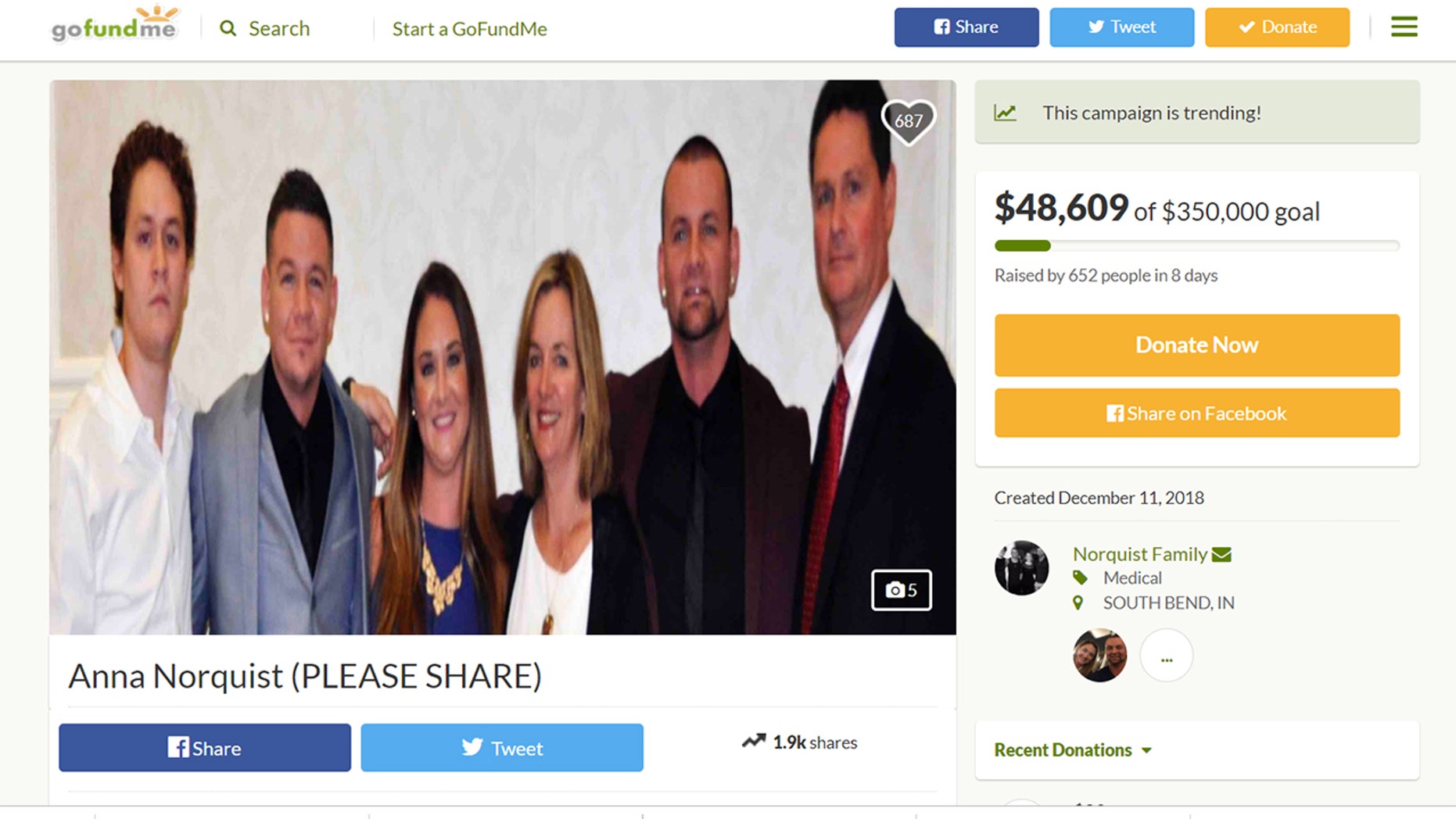 Anna Norquist, pictured with her family, is fighting for her life after coming down with what she thought was the flu.
(GoFundMe)

The family of a 30-year-old former gymnast is asking for continued prayers as their daughter, who initially thought she was coming down with the flu earlier this month, fights for her life as she battles toxic shock syndrome (TSS). Anna Norquist, who has already undergone 10 surgeries at Indiana University Health Methodist Hospital ─ including the amputation of her right arm and left leg below the knee ─ first felt ill while attending a concert in Chicago, Fox 59 reported.

Doctors traced her illness to a streptococcus bacteria, which can lead to TSS. According to the Mayo Clinic, TSS is primarily associated with the use of superabsorbent tampons, but in this case, her family claims doctors are not sure where the infection stems from.

“They don’t know and probably will never know exactly where the infection entered,” Gordon Norquist, the woman’s father, told Fox 59. “They think it was the right arm and that’s probably why they took it first.”

Norquist, who was working as a gymnastics coach, is not out of the woods, and likely faces additional surgeries, her family said. They said it’s a miracle that she’s made it this far.

“The doctors said she shouldn’t have lived,” Patrick Norquist, her brother, told WNDU.com. “The doctors say that basically every surgery she has is life-threatening. I’d give her both of my arms and both my legs if I could.”

Patrick Norquist, who has been keeping followers updated on Facebook, said his sister has spoken and recognized family members who have come to visit her, but is unaware of the severity of her illness.

“For 10 days, we weren’t sure if she was going to live, and then for her to say, ‘I love you’ was unlike anything I’ve ever experienced,” he told the news outlet.

According to the family’s GoFundMe page, Norquist may be in the hospital for up to six months as doctors work to clear the infection.

“This is going to be a shock for her and a real adjustment,” Gordon Norquist told Fox 59.