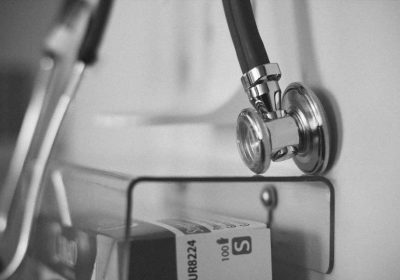 Physician gender pay gaps continue to persist in the U.S. despite an impressive body of research spanning more than 25 years. While men have a larger representation within academic medical leadership, a new study publish in JAMA Network Open has found that women are significantly overrepresented as the authors and disseminators of physician compensation studies and this research is largely unfunded.

“If compensation studies are unfunded and if women are more engaged than men in the pay equity issue, these factors may contribute to slow progress in addressing compensation disparities,” explained corresponding author Allison R. Larson, MD, MS, associate professor of dermatology at BUSM.

“This study supports the idea that women physicians and scientists may be considerably more knowledgeable about and engaged in solving gender disparities than male colleagues, but because of a dearth of women in top leadership roles they have less power to do so,” added senior author, Julie K. Silver, MD, associate professor and associate chair of the department of physical medicine and rehabilitation at Harvard Medical School.

Researchers searched the literature for physician compensation studies (including salary, income, industry payments and Medicare reimbursements) that included data on gender differences. They then analyzed the genders of the authors of these studies as well as the genders of authors of articles citing these studies and individuals who disseminated the studies on Twitter. They found that women made up the majority of study authors, citation authors and Twitter disseminators. In terms of funding, more than half of these studies were unfunded.

According to the researchers, equity and diversity in the physician workforce are a priority as they have implications for patient care. “Based on our findings, women may be more engaged and knowledgeable about pay disparities while men are disproportionately represented in medical school and hospital leadership, and thus are better positioned to fix disparities.

Additionally, if women are primarily producing this mostly unfunded research, they are doing so largely at the expense of additional income in the form of clinical revenue and without appropriate academic credit for promotions in the form of grant funding,” added Larson, a dermatologist at Boston Medical Center.