Fecal transplants could bring relief to half of IBS sufferers 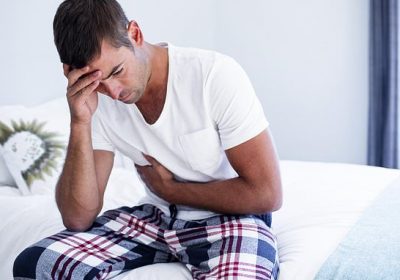 Controversial fecal transplants brought relief for 50% IBS sufferers – but only if their donors were extra-healthy ‘super donors’, study suggests

Researchers found that transferring fecal samples from these very healthy donors into IBS patients improved symptoms in more than 80 percent.

What’s more, nearly half of patients went into symptom remission – meaning they no longer experienced cramping, stomach pain or bloating.

The team, from the University of Bergen in Norway, says fecal transplants could be used in combination with medications to help improve the lives of IBS sufferers, whose days are often interrupted with debilitating symptoms.

Fecal transplants, which have become popular in recent years, are not approved in the US and, in fact, the Food and Drug Administration has warned against the, saying they carry potential risks of serious infections. 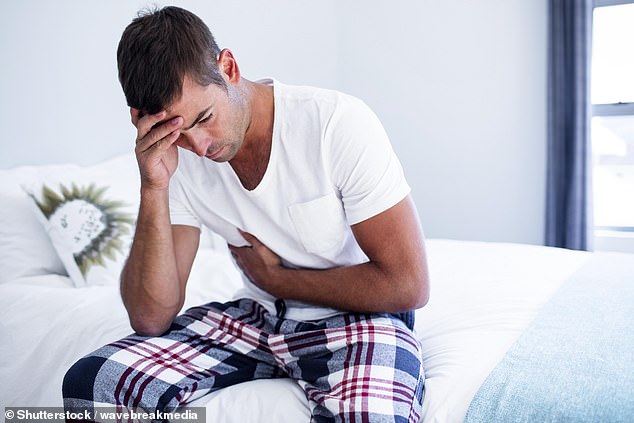 IBS is an intestinal disorder that causes abdominal pain, bloating, cramping, and diarrhea or constipation.

It affects between 10 and 15 percent of the US adult population, but only around five to seven percent have been diagnosed, according to the American College of Gastroenterology.

The cause isn’t known, but some scientists believed it may be associated with abnormal gut bacteria.

This is why researchers wanted to test if fecal transplantation, which transfers stool from a healthy donor into the gastrointestinal tract of a patient, could ease symptoms of IBS.

The stool contains roughly 1,000 different species of bacteria that act as probiotics and replenish the digestive tract with bacteria.

According to the Cleveland Clinic, the fecal donation is made within six hours of the transplant.

Once doctors determine the sample is safe, they add saline to dissolve it and run it through a coffee filter to eliminate particles.

The transfer is then made via an enema, a tube inserted through the mouth or a pill containing freeze-dried material.

Some doctors say if the fecal stools are not screened well enough, the stool could pass on a serious infection from donor to recipient.

For the study, whose results were presented on Sunday at the annual United European Gastroenterology Week in Spain, the team recruited 164 diagnosed patients who had moderate or severe symptoms.

WHAT IS A FECAL TRANSPLANT?

Fecal transplantation is the transfer of stool from a healthy donor into the gastrointestinal tract of a patient.

It is most commonly used to treat recurring C. difficile infection – spread by bacterial spores found within feces.

It can also be used to treat gastrointestinal infections such as colitis, irritable bowel syndrome and constipation.

Antibiotics often kill off too many ‘good’ bacteria in the digestive tract. Fecal transplants can help replenish bacterial balance.

The stool contains roughly 1,000 different species of bacteria that act as probiotics.

The transfer is completed via:

They were then randomly assigned to receive either a placebo, which was 30 grams of a solution containing their own feces, or solution from a so-called ‘super-donor’ at either 30 grams or 60 grams.

‘We had a carefully selected donor from several candidates who had traits known to affect intestinal microbiota positively,’ lead author Dr Magdy El-Salhy, a professor in the department of clinical medicine at the University of Bergen, told NBC News.

‘Overall, the donor was healthy, had been breast fed, consumed a nutritious diet, took no regular medications, was a nonsmoker and had taken antibiotics only a few times.’

Patients were given the doses through a tube that was into the mouth and down the throat to the small intestine.

Researchers asked the patients three months later about their symptoms. After treatment, 23.6 percent of those who had the placebo reported an improvement in symptoms.

In the super-donor group, 76.9 percent that received 30 grams felt an improvement as did 89.1 percent of those who received 60 grams.

They also found that, in some cases, symptoms went away entirely for 35.2 percent of the 30 gram super-donor group and 47.3 percent of the 60 gram group.

Meanwhile, just 5.5 percent of those who received placebos reported that they had no more symptoms.

‘The preliminary results [suggest] most, 90 to 95 percent, of the responded patients are still well and about 50 percent are still “cured”,’ he said.