Home » Health News » Every 1.1 serving of red meat may increase cardiovascular risk by 22%

Every 1.1 serving of red meat may increase cardiovascular risk by 22% 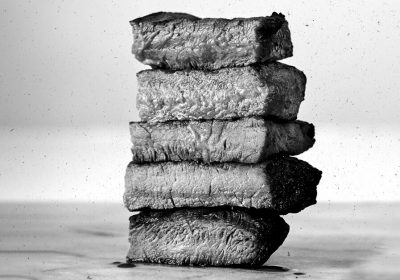 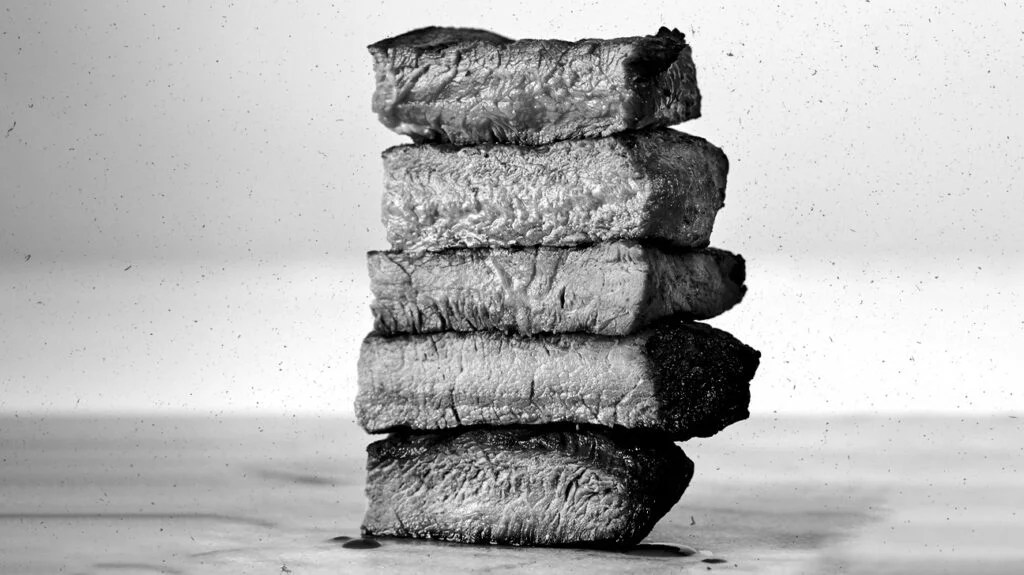 While many researchers suspect that eating red meat can trigger the process, the mechanism by which this might occur has remained unknown. Now, a study from researchers at Tufts University in Medford, Massachusetts may have identified the pathway that connects red meat and atherosclerosis, at least in people over 65.

Researchers found that eating red meat leads to the production of metabolites in the body’s microbiome that are associated with a higher risk of ASCVD in people over 65.

The study was published in Arteriosclerosis, Thrombosis, and Vascular Biology.

Understanding any link between meat and ASCVD is especially critical for older people, who may require protein to offset losses in strength and muscle mass.

The study found that 1.1 servings of red meat per day increased the risk of ASCVD by 22%.

Dr. Meng Wang, first author and postdoctoral fellow at the Friedman School of Nutrition Science and Policy at Tufts University, told Medical News Today that eating meat at all three meals each day — or 3.3 servings — would be associated with an 82% increased risk of ASCVD.

The researchers analyzed data for nearly 4,000 men and women over age 65 who participated in the National Institutes of Health’s long-term, observational Cardiovascular Health Study.

Dr. Alex Moorman, cardiologist at UW Medicine in Seattle, WA, who was not involved in the study, told MNT that the study helps identify the mechanism behind this association.

“This is an interesting and novel study seeking to clarify what mediates the observed ASCVD risk with higher consumption of animal foods. Many previous studies have shown increased risk associated with red meat and processed meat, but the reasons were not clear,” he said.

The metabolites identified by the study were trimethylamine N-oxide (TMAO) and its key intermediates, gamma-butyrobetaine, and crotonobetaine.

Speaking to MNT, Dr. Wilson Tang of the Cleveland Clinic described the study’s findings as “confirmatory to the evolving recognition that carnitine-related metabolic pathways mediated by gut microbiota can drive atherosclerotic risks even when analyzed with self-reported dietary data.”

Dr. Tang, who was not involved in the study, noted, “Using animal models, accumulation of these metabolites has [been] shown to increase atherosclerotic burden and promote mediators of plaque formation.”

“In other words,” Dr. Tang explained, “what we eat is modified by the bacteria living inside us, and while this provides a wide range of benefits for our health, some metabolites can potentially promote diseases such as atherosclerosis and may lead to downstream adverse cardiac events.”

The researchers did not see an increased risk due to these metabolites with poultry, eggs, or fish.

TMAO is derived from L-carnitine, which is a popular fitness supplement, as is iron heme. Dr. Wang said he would caution people to be wary “until the health effects of these supplements are better understood.”

“There is no evidence that these supplements are beneficial, and this study suggests they could be harmful,” Dr. Moorman also advised.

Dr. Linda Van Horn, chief of nutrition in the Department of Preventive Medicine at Northwestern’s Feinberg School of Medicine in Chicago, IL, who was not involved in the study, told MNT:

“Taking any supplements can be potentially harmful if the user is attempting to compensate for an otherwise poor quality diet that lacks the essential vitamins, minerals, and nutrients that are essential to optimal health overall.”

The study also found the ingestion of red meat produced associations between levels of blood glucose and insulin —as well as systemic inflammation for processed meats— and an increased risk of ASCVD.

Unexpectedly, no strong association between high blood pressure or blood cholesterol with ASCVD were found in eating meat.

“Showing that the risk of these foods is not mediated by dietary cholesterol or saturated fat is important,” said Dr. Moorman. “This study adds more evidence to support a recommendation for a Mediterranean-type diet with fish and poultry as meat sources, or a plant-based diet.”

“In fact,” Dr. Wang said, “there has been growing evidence indicating that dietary saturated fat is not a major risk factor for CVD, and its health effects depend on the food source.”

“Our findings are consistent with these new lines of evidence, and suggest that components in red meat like L-carnitine and heme iron (which has been associated with type 2 diabetes) may play a more important role in health than saturated fat, and need to be better studied.”
— Dr. Meng Wang

“Be careful, this is not what the study shows. It shows that the risk of red meat and processed meat consumption was not strongly mediated [affected] by the effect on blood pressure or blood cholesterol levels.”

“We have mountains of evidence over several decades that blood pressure and blood cholesterol levels are strong risk factors for ASCVD, and that high blood pressure and high atherogenic lipoprotein levels (apoB) are causal in ASCVD,“ he stressed.

“Because saturated fat and dietary cholesterol have traditionally been associated with increased risk for CVD through adverse impact on blood lipids, especially LDL cholesterol, this study adds additional findings that further demonstrate reasons that red meat has other new influences at the level of the microbiome as well. This supports [a] rationale for why this can become a new biomarker of diet and lifestyle-related risks.”
— Dr. Linda Van Horn