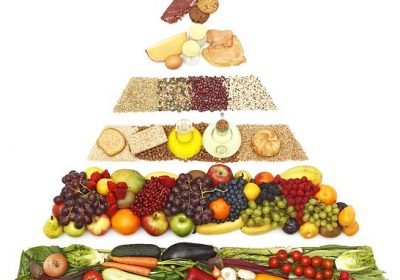 Why the food pyramid is NOT the perfect diet guide: Even members of the same food group have different effects on gut bacteria, study suggests

Spinach and carrots are both known rich in vitamin A, fiber and potassium but that doesn’t mean they have the same effect on our gut microbiomes, a new small study finds.

We tend to think of food in terms of the broad categories of the food pyramid: fruits, vegetables, meats, dairy and so on.

But researchers say how specific strains of gut microbes are affected by the foods we eat can actually vary significantly from fruit to fruit or vegetable to vegetable.

Leafy greens like kale and spinach can promote one bacterial species, but carrots and celery could promote another – even though they all fall under the same category in the food pyramid.

The team, from the University of Minnesota, says its study shows that its not enough to look at the nutrition labels and that future food-based interventions hoping to regulate gut bacteria may need to be tailored to the individual person. 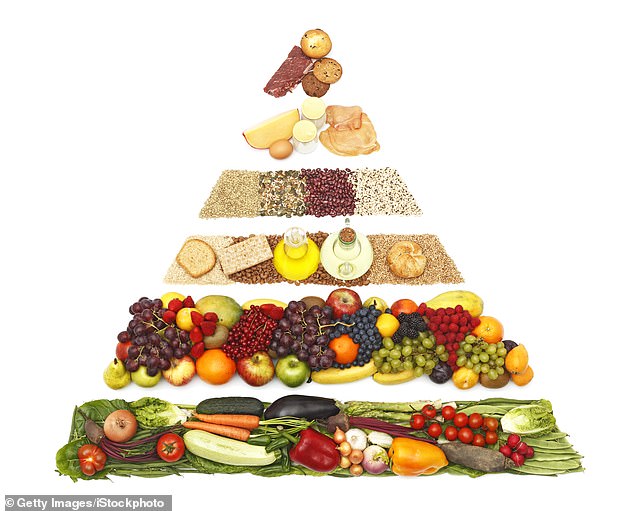 ‘Nutrition labels are written for humans,’ senior author Dr Dan Knights, an assistant professor in the department of computer science and engineering at the University of Minnesota, told DailyMail.com.

‘And we don’t have good way to measure what’s in type of different foods, and microbes care about exactly what the chemical composition is.’

For the study, published in the journal Cell Host & Microbe, the team recruited 34 people, who recorded everything they ate for 17 days.

They found that foods had similar effects on the gut microbiome when broken down into subcategories rather than vast categories such as produce, meat, dairy and so on .

For example, leafy greens like kale and spinach each had similar influences on the microbiome.

But it was very different from the effects of vegetable like carrots or fruit like tomatoes, despite having similar nutrients like calcium, fiber, and vitamin C.

Intuitively, the researchers thought that two people on the exact same diet would have the same gut microbe profiles.

So they had two of the 34 subjects in the study eat nothing but Soylent, a meal replacement drink, for the 17-day duration of the study.

Researchers found that even those subjects’ microbiomes varied from day to day, suggesting that a repetitive diet may not stabilize gut bacteria.

‘We expected that by doing this dense sampling – where you could see what people were eating every single day and what’s happening to their microbiome – we would be able to correlate dietary nutrients with specific strains of microbes,’ Dr Knights said in a press release.

‘But what we found were not the strong associations we expected. We had to scratch our heads and come up with a new approach for measuring and comparing the different foods.’

The team says the findings suggest that when doctors prescribe diets to boost or suppress a type of bacterial species, they may need to tailor the meal plans to each specific individual they work with.

‘The microbiome has been linked to a broad range of human conditions, including metabolic disorders, autoimmune diseases, and infections, so there is strong motivation to manipulate the microbiome with diet as a way to influence health,’ said Dr Knights.

‘This study suggests that it’s more complicated than just looking at dietary components like fiber and sugar.

‘Much more research is needed before we can understand how the full range of nutrients in food affects how the microbiome responds to what we eat.’