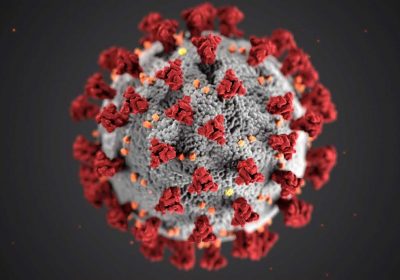 Johnson is expected to announce on Monday the stringent new rules closing all but “essential” stores, while keeping schools, colleges and universities open, The Times said.

The measures could come into effect as early as Wednesday and last until December 1, though no final decisions have yet been reached, it added.

Johnson is set to discuss the situation over the weekend with senior advisers and ministers and hold a cabinet meeting on Sunday to sign off on any final decisions, the Daily Telegraph reported.

The prospect of another nationwide lockdown comes after top scientific advisers said the virus was spreading significantly faster than their most dire predictions.

Documents released Friday from an October 8 meeting of the government’s Scientific Advisory Group for Emergencies (SAGE) included warnings that infections and hospitalisations were “exceeding the reasonable worst-case scenario planning levels”.

The worst-case scenario, made in July, had predicted 85,000 more people could die during the winter wave of the pandemic.

Meanwhile, in its weekly study of COVID-19 prevalence also published Friday, the Office for National Statistics (ONS) said it “continued to rise steeply”, with the number of people infected increasing to around one in 100 nationwide.

The pandemic has hit Britain harder than any other country in Europe, more than 46,000 people having died within 28 days of testing positive and the country set to cross the 1 million case threshold on Saturday.

Some European countries and the devolved governments in Scotland, Wales and Northern Ireland have already reimposed partial lockdowns to try to cut their surging rates.

Johnson’s government, which is responsible for health policy in England only, has so far resisted the move, fearing the economic fallout.

Instead it has persevered with a localised response system that relies on three tiers of COVID-19 alert. Only at the highest level are pubs and bars closed and indoor socialising banned.

More than 11 million people—about a fifth of England’s population—are set to be under the tightest measures from Monday, including the northern cities of Liverpool, Manchester and Leeds.

Foreign Secretary Dominic Raab insisted Friday the government would continue its tactic of “targeted” local restrictions in virus hotspots. “The arbitrariness of a blanket approach would be far worse,” he argued. But with transmission rates soaring, the strategy has come under increasing scrutiny in recent weeks.

Calum Semple, a SAGE member, said Saturday the virus was now “running riot” across the country in all age groups.

His critics are now arguing that his decision has resulted in the need for an even longer lockdown now.

“Government delay has cost both lives and livelihoods,” London mayor Sadiq Khan, of the main opposition Labour party, wrote on Twitter. “We must act now to protect both.”

Earlier this year, Johnson was criticised for a slow response to the outbreak, delaying locking down Britain even as the number of positive cases and deaths spiralled across Europe.

He eventually imposed a national lockdown in late March, shutting all non-essential shops and schools, and forcing millions to work from home to cut transmission rates.