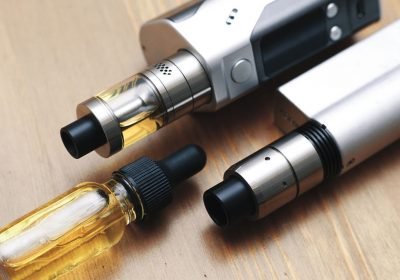 Electronic cigarettes are often thought of as "healthier" than conventional cigarettes, but the jury's still out on their potential health risks. Now, a new study has found a link between e-cigarette use and an increased risk of stroke and heart attacks.

The study analyzed information from about 400,000 Americans who took part in a national health survey in 2016. Of these, about 66,800 reported that they regularly used e-cigarettes.

But the findings linking e-cigarettes with an increased risk of stroke, heart attack and coronary heart disease held even after the researchers took into account whether people were also conventional cigarette smokers, said study lead author Dr. Paul Ndunda, an assistant professor at the University of Kansas School of Medicine.

The findings will be presented next week at American Stroke Association's International Stroke Conference 2019 in Honolulu, but has not been published in a peer-reviewed journal.

The new finding is "quite concerning," said Dr. Larry Goldstein, co-director of the Kentucky Neuroscience Institute at the University of Kentucky, who was not involved with the study. "This is the first real data that we're seeing associating e-cigarette use with hard cardiovascular events" like heart attacks and strokes, Goldstein said in a video interview with the American Stroke Association, which is a division of the American Heart Association (AHA). However, Goldstein noted that the study had limitations. For example, the researchers weren't able to take into account some factors that are known to increase people's risk of stroke and heart disease, such as high blood pressure, alcohol use and an unhealthy diet.

In addition, because the study only examined people's responses at one point in time, it is not able to tease out cause and effect — that is, it cannot prove that e-cigarette use was the cause of people's cardiovascular problems, or whether people who use e-cigarettes have other characteristics that increased their risk.

Still, Goldstein said that these early findings need to be taken seriously, especially given the relatively large percentage of young people who use e-cigarettes. In 2016, about 11 percent of U.S. high school students reported using e-cigarettes in the last 30 days.

Unlike conventional cigarettes, which heat and burn tobacco, e-cigarettes heat up and vaporize a liquid, which usually contains nicotine and other flavorings.

The AHA cautions against the use of e-cigarettes, saying that they may pose health risks that scientists do not yet fully understand. And since e-cigarettes usually contain nicotine, they may get people addicted to the substance, according to the AHA.

Some previous studies have also suggested that the flavorings in e-cigarettes themselves may be harmful. A study published last year in the journal Arteriosclerosis, Thrombosis and Vascular Biology found that e-cigarette chemical flavorings had harmful effects on blood vessel cells in a lab dish.