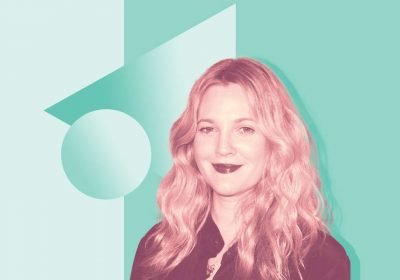 Drew Barrymore seems like she has it all figured out. But between raising two kids, being the CEO of her makeup company, Flower Beauty, and acting in multiple TV series and movies, she often feels like her own well-being falls far too low on her priority list.

The Santa Clarita Diet star recently opened up about her weight-loss journey and shared the one thing that's helped her stay on track.

"Everyone is genetically different. I have to fight so hard to be in shape… It just doesn't come easy for me," Barrymore said at an event for her new partnership with Emsculpt, which Health attended.

The 44-year-old went on to say, “One of the things people don’t talk about a lot is how much your body changes after kids… You never get your 'old' body back, you're working with a new body."

Barrymore said that after having her daughters, she struggled to get into a fitness routine because every time she tried, she would get injured. To really feel strong and make progress during a workout, "you have to have a strong core," she said. But considering how little time she's had for herself over the past few years, she had no time to build her core muscles. "My core was like a fish tank, and I kept getting sidelined."

She also confessed that anytime she had to get in shape for a role, she would use extreme dieting to lose 20 to 25 pounds. "So when the show would end I would inhale food, and within two months I would gain it all back. You can't have that level of discipline without being miserable and going off the rails."

But then she tried Emsculpt, an FDA-approved, non-invasive, electromagnetic procedure that claims to tighten muscles and eliminate fat cells. Barrymore said it helped her abs heal post-childbirth, and that's given her the confidence she needed to stick with workout classes.

How does Emsculpt work? According to the company, a machine wraps around your core while you're at the dermatologist's office and emits electromagnetic pulses. The pulses force your abdomen to contract at rapid speed, strengthening your muscle fibers. The rapid contractions also cause your muscles to release chemicals that signal fat cells in the area to break down.

That sounded a little too easy to us. But Rachel Nazarian, MD, a New York–based dermatologist and Fellow of the American Academy of Dermatology (FAAD), tells Health that Emsculpt can be very effective. She also calls it an "advancement for the body contouring world."

Barrymore believes that Emsculpt was just what she needed to set her on the path to balance, helping her make healthier choices that in turn led to real weight loss. "When I’m working out, and I’m enjoying my life, and I’m having some pasta, and I’m drinking some wine, but I’m also eating really sensibly five days a week, then I’m not in a mental gymnastics," she said. "I’m feeling like ‘Yeah, I’ve got this.’”

Self-confidence is what she really cares about, she added. "Be yourself, and be the best version of you," she said, "and by the way, no one has a meter on what that is except for you."

To get more of our top stories delivered to your inbox, sign up for the WomenIRL newsletter