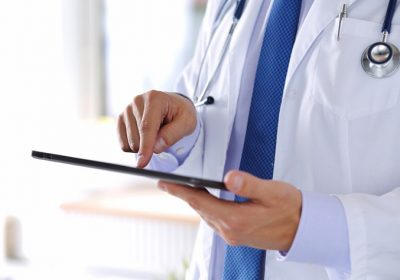 “We don’t do analytics as well as we should, as well as we could,” he told delegates in his keynote speech at London’s Olympia yesterday.

Goldacre, who is director at the University of Oxford’s Evidence-Based Medicine DataLab, called for insight into data to inform “tools and services, rather than academic papers to tiny audiences.”

The author of Bad Science and Bad Pharma argued that too much resource was allocated to academic work such as trials and cohort studies, but there was a “snootiness around implementation”.

This, he argued, was not the best way “to spend public resources in using data to spot and fix problems” in healthcare.

“It creates bad incentives and handwaving statements about how we’re going to have an impact on patient care at some vague point in the future,” he insisted.

Instead, Goldacre said more priority should be given to “shipping stuff to the coal face and showing that it improves patient care.”

Although Goldacre is well-known for his evangelical stance against inaccurate infographics, he argued “the worst kind of graphs are the ones that are never made at all” due to secrecy around data.

“Some great analytics work is done, but we’re not allowed to see it,” he said.

Goldacre cited Model Hospital, the flagship variation in care tool which came out of the Carter Review, as an example, which he said was “done entirely behind closed doors”.

The Academic Health Science Networks (AHSNs) and Commissioning Support Units (CSUs) were “doing absolutely fantastic analytic work, but I’m not allowed to see any of it; almost none of it is documented,” he continued.

“I don’t just mean you can’t see the code, you can’t any kind of description of what they’ve done, what the technical challenges were and how they overcame them. You can’t see anything about it all and that is broken.”

He also raised concerns about the outsourcing of data analysis for initiatives such as Modern Hospital and Getting it Right First Time (GIRFT), the UK’s programme to reduce variation in care.

Contrary to popular belief, the lack of openness around health data was not caused by technical barriers, Goldacre said.

“Every single blockage we encounter is a cultural barrier. The data exists and it’s ready for use, but we’re not allowed to touch it, or its shared badly,” he said.

He cited the example of hospital medicines data, which he called “some of the most important data you could possibly hope to get.”

Over the past six years, he speculated that a large increase in the NHS secondary care prescribing budget, was likely to have caused “variation in safety and quality”, but said the medicines data used by hospitals to analyse their benchmarking, was not openly shared.

“That is a real problem. That’s public money being used to create a national database and only one window is allowed onto it,” he said. “Datasets that already exist, we should have access to.”

There can be a nervousness around the sharing of data analytics, due to “problems in how the state has given feedback”, Goldacre said. He referred to a Care Quality Commission press release which labelled one in six GP practices as “failing” based on their standard prescribing measures, as “an inappropriate way to manage data”.

This finger-pointing approach, he said, resulted from a lack of “an ingrained culture of understanding the best ways to do openness and sharing”.

When analytics are only shared occasionally, “they [the state] do it wrong and make everybody cross and sad and demoralised”, he added. “Also, they’re making an assertion about the data that is not true, because these are not failing GP practices.”

Goldacre gave DataLab’s free tool, OpenPrescribing, as an example of how insight into data could be used to drive immediate changes in patient care without it “being a stick to beat you with”.

The open tool makes it easier to access NHS England data on drugs prescribed by GPs and can be used to inform actions such as sending automatic warning emails to practices which are systematically slower to implement changes in prescribing than their peers.

“This is seeing into the mind of medicine, into the minds of the 80,000 doctors in the country and what they prescribe,” said Goldacre.