Direct-acting antivirals can cure hepatitis C, and prisons are now leading efforts to eliminate the virus 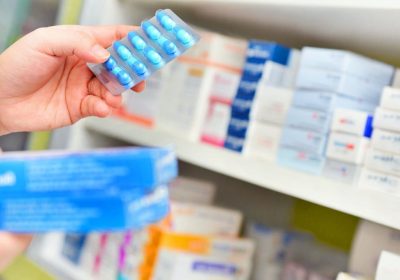 While most medical attention has been on COVID, work has been underway to eliminate another viral disease, hepatitis C.

In 2016, Australians with hepatitis C gained access to a highly effective treatment option: direct-acting antivirals. These can cure hepatitis C in eight to 12 weeks. Australia took on the World Health Organization’s goal of eliminating hepatitis C by 2030.

High rates of drug use among those entering prison

In Australia and many other countries, the criminalization of drug use results in the frequent incarceration of people who inject drugs. About half of people entering prison report a history of injecting drugs.

While drug courts and diversion programs help keep some people out of prison, more needs to be done to treat drug use as a health issue rather than a criminal one.

Injecting drug use in prisons

Imprisonment enables some people to stop using drugs, but others continue to inject, and some start injecting.

No Australian jurisdiction provides sterile injecting equipment to people in prison, despite this being available in the community. The likelihood of syringe sharing in prisons is therefore high, and increases the risk of hepatitis C transmission.

One NSW study estimated 10% of people who injected drugs in prison were newly infected each year.

Another study found recent incarceration increases the risk of contracting hepatitis C by 62%.

Direct-acting antivirals were listed on Australia’s Pharmaceutical Benefits Schedule (PBS) in 2016. These subsidized medicines were made available to all Australians, including people in prison. Prisoners are usually excluded from the federal government’s PBS subsidies, with medication costs falling to states and territories.

For some people, prison is one of few places they can receive hepatitis C treatment.

A pilot evaluation of a nurse outreach program in Victorian prisons found of the 416 people who started direct-acting antiviral treatment, most (86%) had never had hepatitis C care before.

An additional 75 people were released from prison before they could start treatment. After referral to their preferred physician, only 19 were prescribed direct-acting antivirals within six months of release. Seven of those people were treated only after they were re-incarcerated.

Treatment in prison can also prevent new infections, as a recent study showed. This same study also saw a reduction in people being reinfected with hepatitis C.

One Queensland prison has even reported eliminating hepatitis C. However, new entrants and the lack of prison-based needle and syringe programs have made it difficult to maintain its hepatitis C-free status.

But prisons have more to do

While significant progress has occurred, there is more work to be done within the prison sector to accelerate hepatitis C elimination.

Rapid point-of-care hepatitis C tests could be used to diagnose people entering prison, enabling anyone who tests positive to be promptly referred for treatment.

Harm reduction is critical. Strategies proven highly effective in the community should be widely accessible inside prisons, including opioid substitution treatment and needle and syringe programs. Despite widespread support for prison-based needle and syringe programs and international evidence showing that they can operate without compromising safety, no Australian jurisdiction has introduced one.

Many people serving supervised correctional orders in the community are likely to have undiagnosed or untreated hepatitis C. Greater coordination and provision of health services across the criminal justice system—including police detention, the courts and community-based corrective services—will enable more people to be diagnosed and treated.