Diastolic blood pressure found to be associated with neuroticism 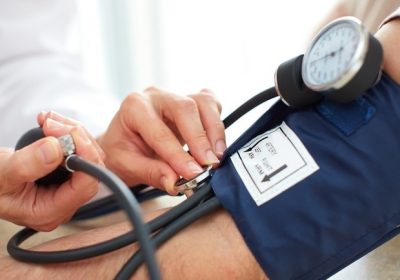 And keeping it under control can help curb neurotic behaviors, anxiety, and heart and circulatory diseases, conclude the researchers.

High blood pressure is a major risk for cardiovascular disease and thought to be associated with psychological factors, such as anxiety, depression, and neuroticism-;a personality trait characterized by susceptibility to negative emotions, including anxiety and depression.

But which causes which isn't entirely clear.

In a bid to find out, the researchers used a technique called Mendelian randomization. This uses genetic variants as proxies for a particular risk factor-;in this case, blood pressure-;to obtain genetic evidence in support of a causal relationship, reducing the biases inherent in observational studies.

Between 30% and 60% of blood pressure is down to genetic factors, and over 1000 genetic single nucleotide polymorphisms, or SNPs for short, are associated with it. SNPs help predict a person's response to certain drugs, susceptibility to environmental factors, and their risk of developing diseases.

Compilation of the top interviews, articles, and news in the last year.
Download a copy today

The analysis revealed that high blood pressure and diastolic blood pressure had significant causal effects on neuroticism, but not on anxiety, depressive symptoms, or subjective wellbeing.

But after adjusting for multiple tests, only diastolic blood pressure was significantly associated with neuroticism (over 90%), based on 1074 SNPs.

The researchers acknowledge certain limitations to their findings. For example, it wasn't possible to completely exclude pleiotropy–where one gene can affect several traits. And the findings may not be more widely applicable beyond people of European ancestry.

But blood pressure links the brain and the heart, and so may promote the development of personality traits, they explain.

"Individuals with neuroticism can be sensitive to the criticism of others, are often self-critical, and easily develop anxiety, anger, worry, hostility, self-consciousness, and depression.

"Neuroticism is viewed as a key causative factor for anxiety and mood disorders. Individuals with neuroticism more frequently experience high mental stress, which can lead to elevated [blood pressure] and cardiovascular diseases," they write.

And they suggest: "Appropriate surveillance and control of blood pressure can be beneficial for the reduction of neuroticism, neuroticism-inducing mood disorders, and cardiovascular diseases."