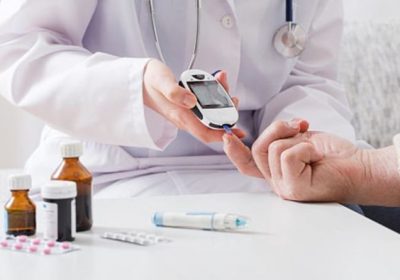 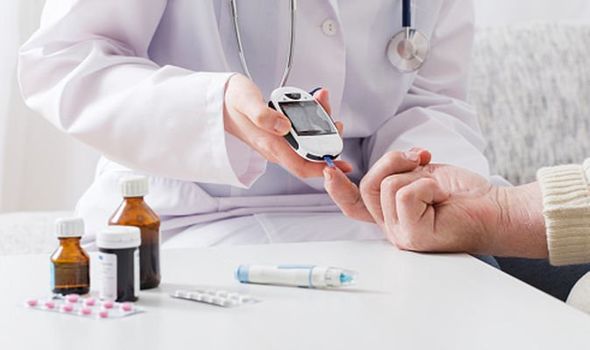 NHS chief executive Simon Stevens said ­obesity-related illnesses will cost thousands of lives and billions of pounds unless people change their lifestyles. The NHS is now stepping up efforts to combat the disease with radical low-calorie diet plans for patients. Latest ­figures show 1.97 million people have been diagnosed with ­non-diabetic hyperglycaemia, also known as pre-diabetes.

This means their blood sugar ­levels are raised but not yet in the diabetic range, significantly ­increasing their risk of Type 2 ­diabetes and other heart and ­circulatory conditions.

As the figure only includes those registered with a GP who have had their blood glucose measured, NHS England said millions more are now at risk.

One in six hospital beds is now occupied by someone with diabetes, it was revealed.

Estimates suggest soaring rates of the condition could result in almost 39,000 extra people suffering a heart attack in 2035 and more than 50,000 experiencing a stroke.

“The NHS’s highly successful, world-leading diabetes prevention programme is helping hundreds of thousands of people take small common sense steps to get control of their own health.

“But unless many more of us make a change, obesity-related illnesses will end up costing hundreds of thousands more lives and billions of pounds in higher ­treatment costs.” 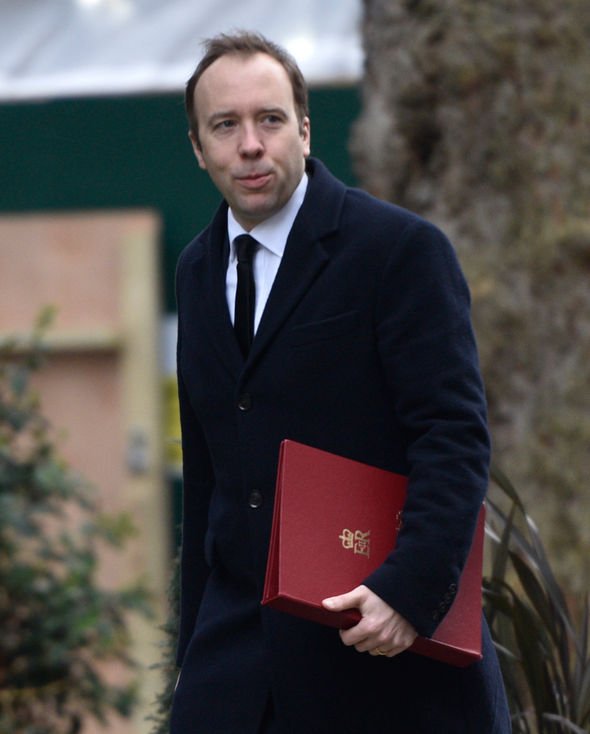 Health Secretary Matt Hancock said: “Type 2 diabetes can have devastating consequences and these figures make for startling reading. We must act now to curb this worrying trend and help support people to make the necessary lifestyle choices they need to take control of their health.

“My whole agenda for the NHS is to do more to prevent ill health in the first place. The NHS is leading the way in tackling diabetes and our ground-breaking national programme is already seeing encouraging results.”

Type 2 diabetes is a condition that causes the level of sugar in the blood to become too high.

A lack of exercise and poor diet are all risk factors for developing the disease. Around two in three adults in the UK are overweight, putting more than 12 million adults at increased risk of the condition.

Diabetes and its complications cost the NHS more than £10billion to treat every year.

Almost four million people are living with a diagnosis in the UK.

Nine in 10 have Type 2, which is mainly caused by lifestyle factors.

A further one million are believed to be unaware that they have Type 2.

The NHS is stepping up efforts to combat the debilitating disease by rolling out new low calorie diets to 5,000 people from April.

Patients will be prescribed a liquid diet of just over 800 calories a day for three months.

The diet should help many stamp out recently diagnosed diabetes, sending it into remission, before they receive a further nine months of support to help maintain their weight loss.

The pilot scheme will be part of the Diabetes Prevention Programme, which identifies ­people at high risk of the condition and supports them to transform their lifestyle. It has already seen around half a million referrals and helped patients shed a combined 30,000 stone – roughly the weight of 43 ambulances.

Almost 90,000 people have completed the Diabetes Prevention Programme, which will double in size this year to support around 200,000 people annually.

NHS national clinical director for obesity and diabetes, Professor Jonathan Valabhji, said: “As these stark figures show, it is wrong to think that the obesity and diabetes crisis is limited to those in middle and old age. There are around 115,000 younger people suffering Type 2 diabetes or at risk of developing the condition.

“The NHS Long Term Plan sets out the part we are playing to tackle the situation, including piloting low calorie diets to achieve Type 2 diabetes remission.

“And doubling capacity of our world-leading Diabetes Prevention Programme can prevent people developing in the first place.”

Diabetes can lead to serious health complications, including heart ­disease, blindness, stroke
and amputations. More than 10,000 people in the UK have kidney failure because of diabetes.

And more than 1,700 people have their sight seriously affected by the condition every year.

Chris Askew, chief executive at Diabetes UK, has called for urgent action to stop the rapid growth of Type 2 diabetes.

He said: “More than half of all cases of Type 2 diabetes – and the devastating complications it can lead to – could be prevented or delayed by supporting people to reduce their risk by losing weight where appropriate, eating healthy food and being more active.

“The NHS Diabetes Prevention Programme, designed to help ­prevent Type 2 diabetes in people at high risk of developing the ­condition, is currently reaching ambitious targets, both for the numbers undertaking the programme, and for the weight loss they achieve.

“This much-awaited expansion is a great step towards the right direction.”

Our bulging waistlines are taking a terrible toll on our country’s health and our NHS.

Soaring obesity rates mean hundreds of thousands of people are getting Type 2 diabetes each year, as well as an increased risk of other conditions such as cancer and even dementia.

The figures highlighted today are just the tip of the iceberg – there are potentially millions more at risk of developing Type 2 diabetes in England.

Unfortunately for individuals, their families and the NHS, one in six of all hospital beds is occupied by someone with diabetes and more than 700,000 hospital admissions are related to obesity.

NHS staff work 24/7 to care for these patients and help them avoid life-limiting complications often associated with being overweight.

What people must realise is that Type 2 diabetes is largely preventable and without any massive upheaval to your life.

With small, practical steps everyone can take more control over their health.

In the NHS, we are more than playing our part to stem the rising tide of obesity and Type 2 diabetes, but unless many more of us take action obesity will cost more people their lives and the taxpayer billions more.