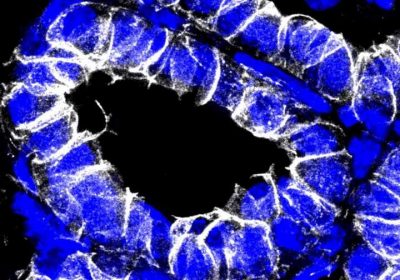 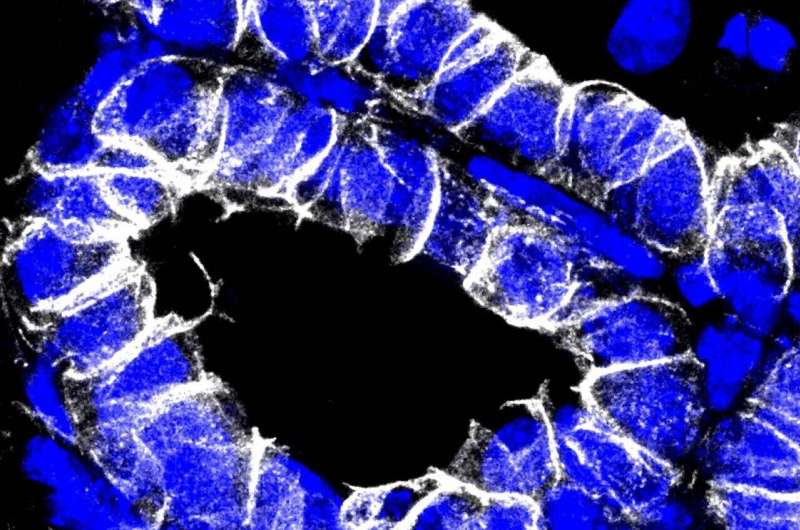 Breast cancer is the most common type of tumor found in women. Each year in Germany alone, 69,000 new cases are diagnosed. Around 80 percent of tumors originate in the luminal cells, the milk-producing cells of the mammary gland. 10 percent of the cells resemble those of the underlying (basal) cell layer. These are muscle-like epithelial cells that contract when the mammary gland produces milk in order to push it out.

“While luminal breast tumors are usually sensitive to hormones, 80 percent of basal-like tumors are triple-negative. They have no receptors for estrogen (ER), progesterone (PR) or the growth factor receptor HER2,” says Professor Walter Birchmeier. He heads the Signal Transduction in Development and Cancer Lab at the Max Delbrück Center for Molecular Medicine in the Helmholtz Association (MDC). As there are currently no targeted treatments for this very aggressive form of cancer, the prognosis for affected patients is poor. These tumors rarely respond to conventional chemotherapeutic agents, which are intended to inhibit cell division.

In previous studies, Birchmeier’s team was able to demonstrate that the Wnt/beta-catenin pathway plays a key role in the development of basal-like breast cancer. This signaling cascade normally regulates cell proliferation and differentiation during embryonic development. Wnt is essential for the beta-catenin protein to signal to the nucleus. Once the cells are mature and ‘the job has been done,” this reaction chain is disabled and beta-catenin is degraded. However, the signaling pathway can be reactivated in some types of cancer. In the case of basal-like breast cancer, it is activated and beta-catenin accumulates in the tumor cells. It was also known that the YAP oncogene is upregulated in cancer stem cells. The YAP protein stimulates cell growth and is also active in the nucleus.

The aim of the current study was to investigate the connection between Wnt signaling and YAP. Ph.D. student Hazel Quinn, lead author of the study, deactivated the YAP gene at the onset of tumor growth in mice in which the Wnt signaling pathway was activated and basal-like breast cancer was induced. It was found that while mice in the control group developed massive tumors within weeks, this did not occur in the YAP knockout mice.

“We do not see any breast tumors in the absence of YAP. YAP is therefore required for the development and spread of the tumor,” says Hazel Quinn The scientist used dyes and specific antibodies to make YAP in the nuclei visible in tissue sections. The alveoli—small sack-like structures in which the milk is formed and stored—are easily recognizable and free of tumors when the YAP gene is deactivated. They are almost invisible in the tissue of the control group because the proliferating carcinoma displaces them. 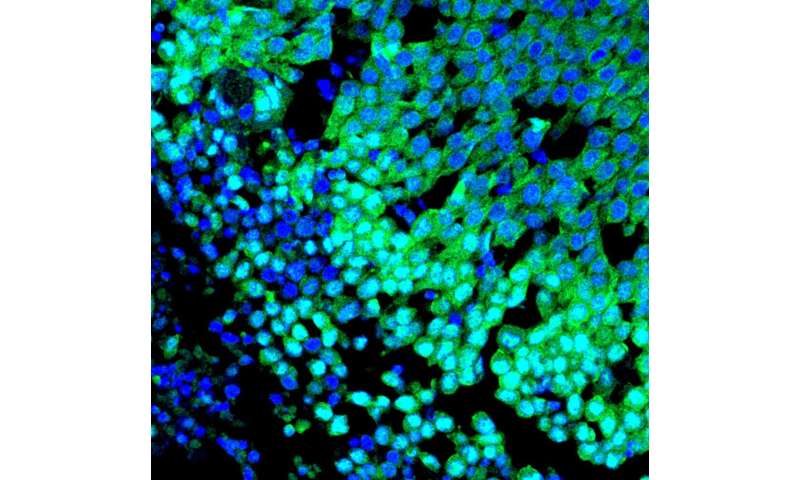 YAP is a key regulator in the Hippo signaling pathway, which was only discovered a few years ago. It plays an important role in cell regeneration and differentiation for stem cells. If it does not function correctly, cancer can develop. “It is also likely to be the reason why the YAP gene is highly expressed in basal-like breast cancer but not in luminal breast cancer. The cells of basal-like tumors are similar to stem cells, whereas luminal tumors are much more differentiated,” explains Hazel Quinn.

Quinn’s co-author Dr. Philipp Mertins, expert in proteomic analysis and group leader at MDC and the Berlin Institute of Health (BIH), carried out gene expression analyses on tissue samples from human breast tumors and was able to confirm this hypothesis. While basal-like tumors generally exhibit high expression levels of the YAP gene, these are significantly lower in luminal breast cancer. How much YAP is present in the tumor is also directly correlated with the survival time of patients. “The higher the YAP level in triple-negative breast cancer, the earlier women died. In the case of luminal breast cancer, the reverse is true,” explains Hazel Quinn.

Cancer stem cells are usually the reason why small tumor clusters remain in the tissue despite chemotherapy, and the cancer returns at a later stage and forms metastases. Unlike in mice, genes in humans cannot simply be deactivated. However, the good news is that YAP can be inhibited with medication. “As we now know how important YAP is for these cells, the combination of YAP inhibitors that do not produce any non-specific side effects and conventional therapeutic strategies could improve patients’ chance of survival without recurrence,” says Hazel Quinn.