Home » Health News » Demi Moore Had an ‘Obsession’ with Exercise that ‘Consumed’ Her: ‘I Never Dared Let Up’

Demi Moore Had an ‘Obsession’ with Exercise that ‘Consumed’ Her: ‘I Never Dared Let Up’ 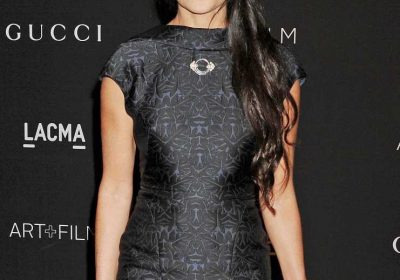 Demi Moore spent “years” dealing with an addiction to exercise and disordered eating, which she details in her new memoir, Inside Out.

The actress, 56, said she had an “obsession with working out” that began with her training for the movie A Few Good Men, in which she played a naval lawyer. Moore had recently given birth to Scout, now 28, her second daughter with ex-husband Bruce Willis, and pushed herself to lose the baby weight.

“I didn’t feel like I could stop exercising,” she writes in her book. “It was my job to fit into that unforgiving military uniform I’d be wearing in two months in A Few Good Men. Getting in shape for that movie launched the obsession with working out that would consume me over the next five years. I never dared let up.”

RELATED: Demi Moore Claims Ashton Kutcher Cheated on Her and More Bombshells from Her Memoir: Report

Moore said her “excessive exercising” meant that there was not enough fat in her breast milk, and Scout was not growing the way she should. Her doctor told Moore to supplement Scout’s milk with formula, and she “was crushed” — but kept working out.

The mom of three went from filming 1992’s A Few Good Men to her next movie, Indecent Proposal, and once again pushed the limits of weight loss.

“I would be on display again, and all I could think about was my body, my body, my body,” she said. “I doubled down on my already over-the-top exercise routine. I cut out carbs, I ran and I biked and I worked out on every machine imaginable.”

Moore ended up contracting walking pneumonia, and temporarily “eased up a bit” on her workouts. But her restrictive habits started again when she began filming 1996’s Striptease.

“When I was making Striptease, for breakfast I would measure out a half cup of oatmeal and prepare it with water, then for the rest of the day I would have only protein and some vegetables — and that was it,” she said. If all this obsessing about my body sounds crazy to you, you’re not wrong: eating disorders are crazy, they are a sickness. But that doesn’t make them less real.”

Making G.I. Jane a year later, and “bulking up enormously” to again play a naval officer actually helped Moore break free from her disorders. She was 138 lbs. at the end of the movie, above her usual weight, but couldn’t take another diet.

“My usual reaction would have been to start starving myself again, to begin an exercise regime designed to reduce the bulk, but I did neither. I had reached my limit,” she said. “When I got home to Idaho, I had an epiphany in the shower one day: I just need to be my natural size.”

Moore said she started meditating on her body image problems.

“I added into my daily prayer a new mantra: to have the courage to be seen without padding or protection. I couldn’t go on fighting my body and my weight; I had to make peace,” she said. “I started by giving up hard exercise. I never went back into the gym in the house. Never. … The room it occupied is now my office.”