Home » Health News » Dementia: One factor could ‘more than double’ the brain’s chances of reversing decline

Dementia: One factor could ‘more than double’ the brain’s chances of reversing decline 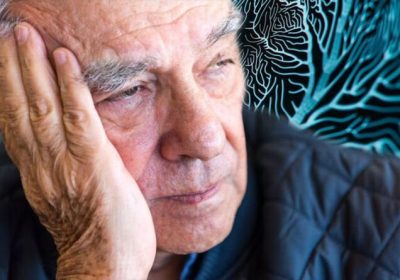 Dementia occurs when clumps of toxic protein prevent brain cells from communicating with one another. The death of these brain cells can cause a cascade of symptoms – such as confusion and memory loss – that intensify over time. But the stage that precedes a dementia diagnosis – known as mild cognitive impairment (MCI) – may offer a window of opportunity to ward off this decline. According to a new study, acquiring one skill could more than double the chances of reversing undesirable signs of cognitive impairment.

Retrospectively, there has been a widely held belief that MCI predisposes individuals to dementia and Alzheimer’s disease.

In fact, according to the National Institute on Ageing, between 10 and 20 percent of people aged 65 or older, with MCI, develop dementia over a one-year period.

But a new study led by researchers at the University of Waterloo has challenged the assumption, by suggesting it may reversible.

The findings revealed that individuals with MCI who had higher education and can more than double their chances of returning to normal.

But having advanced language skills was also identified as a protective factor against brain decline.

Suzanne Tyas, professor in the School of Public Health Sciences at Waterloo, and lead author of the study: “Possessing high cognitive reverse – based on education, high academic grades and written language skills – may predict what happens years after someone receives a diagnosis of mild cognitive impairment.

“Even after considering age and genetics – established risk factors for dementia – we found that higher levels of education more than doubles the chances that people with mild cognitive impairment would return to normal cognition instead of progressing to dementia.”

The study, conducted by researchers at the University of Waterloo, found that individuals with mild cognitive decline could reverse their decline by performing typical daily tasks.

Mild cognitive impairment is the stage between the decline that’s expected with old age and the more serious decline that characterises dementia.

This stage of decline is usually characterised by subtle issues with memory, language, thinking or judgement.

There is no single cause for MCI, but experts assert that treating the underlying cause can sometimes help reverse it.

The risk usually grows as the brain ages, but individuals with diabetes, depression and stroke are also at higher risk.

Language skills are generally defined as communication abilities that enable one to convey ideas with clarity.

But these capabilities are as much about processing the information we receive (by listening attentively) as they are about delivering information in a competent manner.

The learning institution Harappa adds: “Writing clearly with brevity is another skill that is considered crucial in a professional setting, [while] reading helps you make sense of vast amounts of data and information.”

According to the new study, these skills may stand the brain in good stead as it ages.

The findings were deducted from an analysis of 472 women diagnosed with mild cognitive impairment.

The participants, all of whom were diagnosed with MIC, saw their cognition revert back to normal over an average of eight and a half years following their diagnosis.

Additionally, more than 80 percent of the women did not go ton to develop dementia, presenting a strong case for the benefits of furthering language skills.

Professor Tyas added: “We can’t do much about age and genetics, so it’s encouraging that our findings show that there are other ways to reduce the risk of dementia, such as building cognitive reserve through education and language skills earlier in life.”

The results, published in the journal Neurology, could have significant implications for future treatments for MIC.