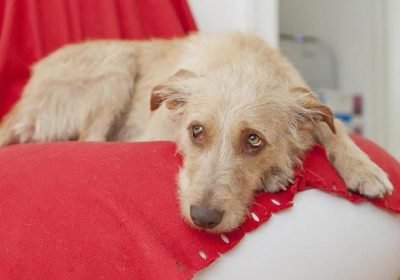 Already at the beginning of the year found in Heiligenhaus, near Düsseldorf, a dead Fox with a positive parvo results. Now, the County rice Mettmann confirmed three cases of the disease. The veterinary office Mettmann warns: For dogs of this disease is often fatal.

As the district administration of Mettmann announced, were found in the cities of Ratingen and Haan three from distemper Virus-infected foxes. Dog-owners should therefore be on the alert. The highly contagious disease could occur in the case of many meat-eaters – in addition to foxes, raccoons, Martens, wolves, or even dogs are affected.

As canine distemper is transmitted

The Transmission of the disease is through the urine, feces, saliva, nasal and eye secretions of infected animals. For humans, the distemper Virus is not dangerous. The disease was therefore not required to report. The veterinary service of the district of Mettmann calls for this reason, all dog owners to protect retirement and your four-legged friend with a vaccination against the disease. As for an unvaccinated, infected dogs, the treatment options remain ineffective.

"We want to machen&quot the impfmüden dog owners a little bit of pressure;, a spokeswoman of the district of Mettmann said. So far, there is still no knowledge about whether have already infected dogs with the Virus. "The cases are often not gemeldet", said the spokesperson. The circle of wool to spread any panic, but owners for vaccination of their animals enable.

Dead or diseased foxes touch in any case

The symptoms of the disease may vary according to the message from animal to animal varies. These go by a cough and shortness of breath on diarrhea and vomiting to paralysis. The distemper vaccine is a standard vaccination for dogs. Regular vaccination protects the animals and helps contain the Virus.

Further, it is warned, no dead or sick Fox to handle. Such an animal should be found, must be reported immediately to the veterinary office or the Lower hunt authority with the district administration of Mettmann informed.