Home » Health News » Dakota Johnson Gets Candid About Her Period: It's 'Ruining My Life'

Dakota Johnson Gets Candid About Her Period: It's 'Ruining My Life' 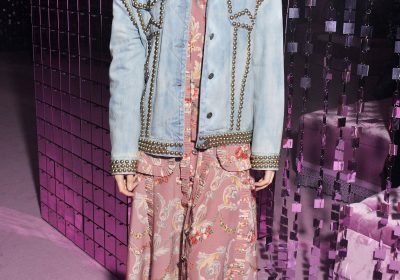 Dakota Johnson says her “traumatic” periods are so intense, they’re ruining her life.

The Suspiria actress, 29, recently opened up to InStyle about the hormonal changes she deals with while on her period, and said that even after all these years, she still finds them baffling.

“If I’m honest, my hormonal changes during my menstrual cycle are ruining my life. Every month. It’s unbelievable. It’s really f—ing amazing. I can’t get a grip on it,” she told the outlet.

Johnson said she’s “totally scandalized” by the changes happening to her body and brain, including the fact that her breasts “are like eight times the size they normally are.”

“It’s really a traumatic thing, and it happens every month,” she said. “I just can’t get used to it.”

The star explained that she believes women should be making more informed decisions about things like birth control, and recently teamed up with Global Citizen’s reproductive education in order to help advocate for women and their bodies.

“It’s also very tricky to figure out what type of birth control you’re meant to be on, and if it’s even healthy,” she said. “What it means to have a [woman’s] body, and how do you honor it the right way? How do you not jam chemicals into your brain in order to feel good? … I really would like to understand and be able to manage things a little better, know what’s happening in my body, and know what I’m putting into it.”

The couple have been dating for more than a year, and a source told PEOPLE in June they seem to be “getting more serious.”

“Chris lives in Malibu and Dakota seems to love hanging out there. They occasionally go for dinner with friends, but mostly have friends over at home,” the source said. “They go to the beach together, and walks around the neighborhood. They seem to enjoy sharing a quiet life.”