Home » Health News » Could you save a life in an emergency?

Could you save a life in an emergency? 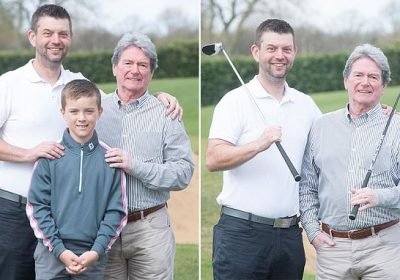 Could you save a life in an emergency? Luckily, when ex-Olympian Mick Carter had a cardiac arrest, a heroic stranger DID know what to do

Every year in the UK thousands of people have a cardiac arrest, where the heart stops beating properly, so blood is no longer circulating around their body.

For every minute that passes during a cardiac arrest, if nothing is done, the chances of that person surviving reduce by 10 per cent. That’s 10 per cent every minute.

Cardiopulmonary resuscitation (CPR) alone won’t restart a heart, but it’s vital to keep blood moving around the body and brain until the patient’s heart can be ‘shocked’ back into action using a defibrillator. Yet figures show that only 50 per cent of bystanders will try CPR.

It’s not just CPR — alarmingly, surveys also show that only a small percentage of the population knows what to do — and has the confidence to act — if faced with any serious health emergency. 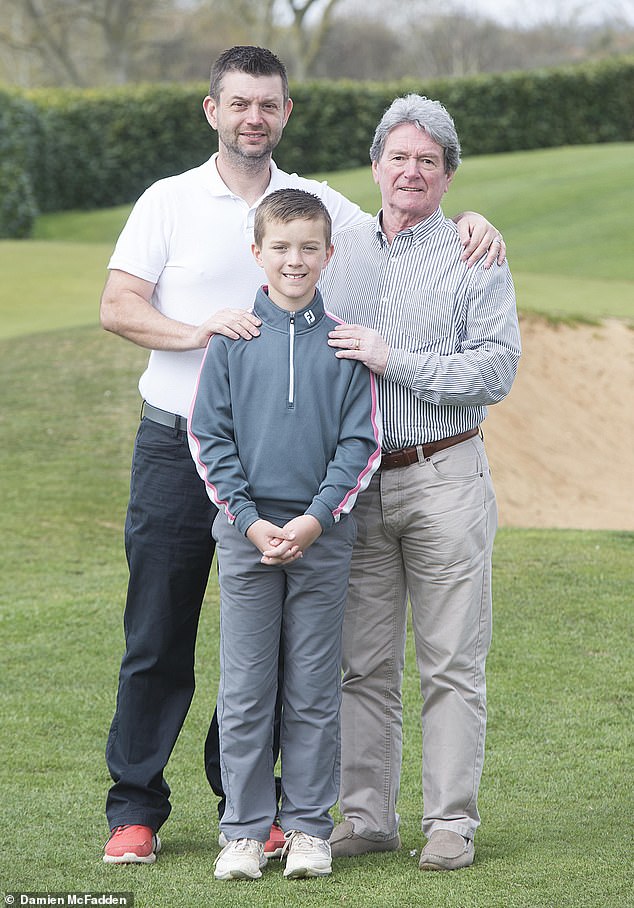 That’s why the Mail has teamed up with experts at St John Ambulance to produce a series of guides on first aid, launching this Saturday with a handy 24-page booklet, and continuing next week with advice for babies and children, older people, holiday emergencies and when playing sport.

Just what a difference that kind of knowledge can make is illustrated here, in the story of how a father and his young son saved the life of a stranger who’d collapsed on a golf course.

Garry Kerr, 47, a manufacturing supervisor, lives in Haverhill, Suffolk, with his wife Hayley, 36, a former HR manager, and their children Ellis, nine, and Lexi, three.

He says: ‘Ellis and I have played golf together since he was tiny — the family used to regularly go to our local golf club, where I’m a member, for Sunday lunch and he wanted to have a go on the putting green when he was three.

‘He hasn’t looked back — and he is the current British junior golf tour champion for his age group.

‘We were at the club one hot Saturday afternoon in August 2017 when a wayward ball bounced into our path from two golfers playing on another hole.

‘I threw it back then I heard someone call out ‘Somebody help me please!’ I turned around to see one of them lying on his side making rasping noises from his nose and mouth. I told Ellis — then seven — to stay put and I ran over.

‘I asked the man if he could hear me but at that point the rasping noises stopped and I could see he was going blue. I put my ear down by his nose but I couldn’t hear anything or feel any breath at all. 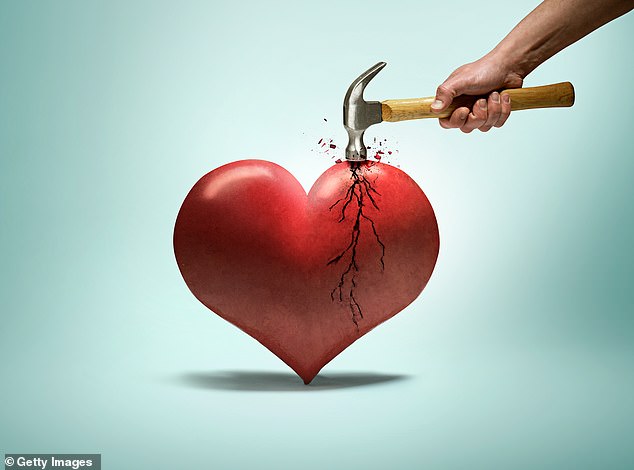 Did you know? For every minute that passes during a cardiac arrest, if nothing is done, the chances of that person surviving reduce by 10 per cent. That’s 10 per cent every minute

‘I’d done a first aid course at work about ten years before — although never dreamed I’d have to use it — so I knew that he’d had a cardiac arrest.

‘I didn’t stop to think, I immediately pushed him on to his back and started CPR.

‘I’m not normally one to wade in and take the lead but this time I didn’t hesitate: we were about a mile from the club house and there was no one else around. I just knew I had to do it. The man’s companion (who turned out to be his son-in-law, Stuart) had frozen — he was so shocked he couldn’t even talk.

‘I told him to dial 999 and continued to do CPR. My mind was a bit of a blank at the time — I was just concentrating on what I was doing.

‘I didn’t know if I was doing it right or if it was going to work. I remember looking down at him and thinking ‘this is probably not going to end how I want it to’.

‘Every time I stopped to check how he was doing he’d stop breathing. By the end his lips and face were blue, but I kept going. It was exhausting and I was pouring with sweat, but I somehow kept the CPR going for 20 minutes until an ambulance arrived.

‘Meanwhile, Ellis ignored my instructions to stay put. He spotted some other golfers on the horizon and sprinted off to raise the alarm. Before they could reach us however, the paramedics arrived. They shocked the man a couple of times with a defibrillator to restart his heart, then the Air Ambulance took him to hospital.

‘When I turned around I realised that a crowd had gathered to watch — there must have been around 20 people there, as well as ambulances, police and the fire brigade. I am glad I didn’t know they were there at the time as it would have made me even more nervous about what I was doing.

‘As I watched the helicopter take off, I did wonder if I had done the right thing and whether it was enough to save him.

‘I wasn’t sure exactly what Ellis had seen and didn’t want to traumatise him so I didn’t talk about it on the way home. But I was so proud of how calmly he had reacted.

‘What had happened didn’t hit me until later that evening. I felt shaky and surprised at my response, but was really worried about the man. I couldn’t stop thinking about it.

‘The next morning I got a lovely text from his wife. She got my number from the golf club to thank me for saving her husband Mick’s life and to tell us he’d survived and was waiting for an operation in hospital. It felt as if a weight had lifted from my shoulders. 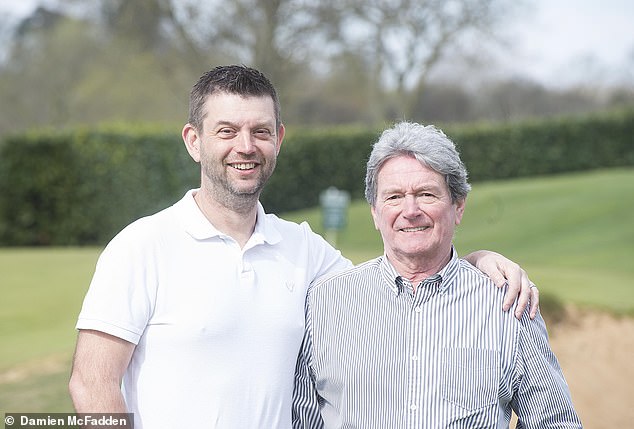 ‘We kept in touch while he was in hospital and as time went on we began to be more confident about him making a recovery.

‘Mick told me later that his consultant told him he’d had a less than 5 per cent chance of surviving, but ‘whoever did your CPR did a really good job!’ That made me really proud.

‘We’ve been in touch ever since and have all met up a few times. The first meeting was three months after Mick’s cardiac arrest. It was a pretty emotional encounter with some big hearty hugs. Our families went for lunch at the golf club and I made a joke of it, telling him: ‘You’re looking a lot better than the last time I saw you!’

‘Afterwards we all played a round of golf, which was nice.

‘I discovered that Mick had been an Olympic boxer who’d represented Britain in the 1968 Mexico games. I was surprised because you don’t meet Olympians every day, but to me he was just someone I happened to help.

‘Since then I’ve realised the importance of CPR and defibrillators in saving lives. I lobbied my employers to buy one and we’ve successfully campaigned for one to be bought for Ellis’s school, too.

‘I also did a refresher course in CPR last November. I hope I never need to use these skills again — but if I do, I am prepared. Helping save Mick has had a big impact on me personally: it’s helped me come to terms with my father’s death after having a cardiac arrest aged 60, when I was 38.

‘I wasn’t there to help him but I am now so glad I was able to be there and save someone else’s life.

Ellis Kerr, nine, says: ‘When Daddy ran over to help on the golf course I was quite nervous and confused. I didn’t understand what was happening but could see that my dad needed help and there was no one else around. So I ran over to some golfers I could see on the ninth hole.

‘They came back with me but the paramedics had arrived anyway. I was worried that Mick wouldn’t survive and when I went home I was thinking about him and his family all night.

Mick Carter, 69, a retired Stock Exchange dealer and former Olympic boxer, lives in Essex with wife Ann, 64. They have two children, Daniel, 35, and Hayley, 36, who is married to Stuart Normand, 41, who works in insurance.

He says: ‘I owe everything to Garry and Ellis; I would be dead without them. I am so lucky that they were on the golf course that day — and that Garry knew what to do.

‘I was playing a round of golf with Stuart late in the afternoon: there was hardly anyone on the course at the time but I noticed Garry and Ellis on a nearby hole.

‘Suddenly I felt the inside of my chest exploding. It was terrifying — as if a washing machine was churning round and round. After that I don’t remember much. I have a faint memory of the sound of rotor blades — which I now know were those of the helicopter taking me to hospital. I didn’t properly come to until the next morning when I woke up in a hospital bed, wired up to lots of machines. 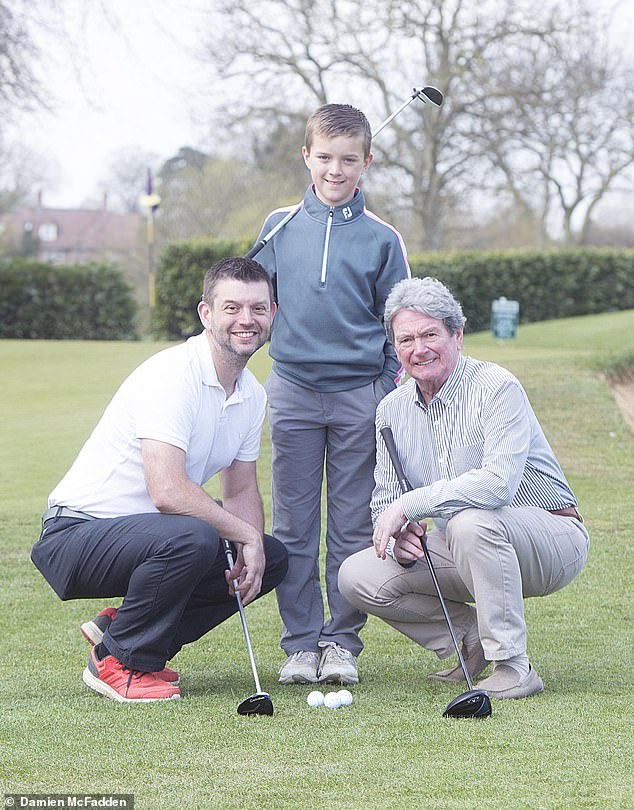 ‘I spent three weeks in hospital before doctors were satisfied that my heart was ready for an op — then I had the by-pass. I was discharged a month after my cardiac arrest,’ says Mr Carter

‘Doctors explained that I’d had a cardiac arrest. I was shocked; I’d always thought I was a reasonably active man. I was fit as a young Olympic boxer training five days a week and following a strict diet. I played football for a decade after I gave up boxing and I am still a keen walker.

‘I’m not overweight either. As a boxer I weighed 8st 7lb (I’m 5ft 7in) and after I gave up boxing I only weighed 10st for many years.

‘But looking back, a working lifestyle of entertaining clients and enjoying a pint clearly took its toll. Around 14 years ago I had two stents fitted in my heart after suffering from breathlessness. But since then I’ve had no problems until my cardiac arrest.

‘I think the years I spent training protected me because the doctors told me I had a strong heart. It was strong enough to undergo the triple by-pass and they told me they were pleased with how smoothly the procedure had gone.

‘I spent three weeks in hospital before doctors were satisfied that my heart was ready for an operation — then I had the by-pass. I was discharged a month after my cardiac arrest.

‘When Garry and I met up after I got out of hospital it was a joyous occasion. I was happy to see him and Ellis and say thank you properly. Our families went for a big lunch together and it was a memorable day.

‘We’ve played golf together since then, too — and I am so impressed with what a talented player Ellis is for someone so young. I now feel as if I have been granted a new lease of life. I am still very active — I walk a lot and play golf — and I take the tablets that have been prescribed to me.

‘I’m about to do a CPR course, too — Ann, Hayley and Stuart have already done one, six months after my cardiac arrest.

‘I still have nights where I lie in bed thinking that I could have been dead for nearly two years now — and what would my family be doing now? I wouldn’t have got to see my granddaughter, now four, growing up.

‘And the other bonus is not only did Garry and Ellis save my life, but our families have become real friends. We love spending time with them — it’s become a proper friendship, thanks to CPR.’