Coffee, fruit and vegetables can reduce the risk of breast cancer 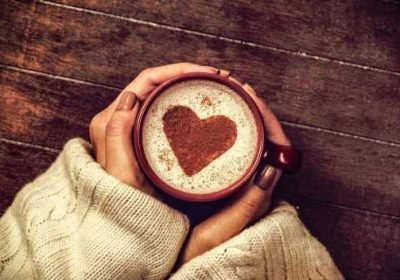 Breast cancer is the most common cancer in women, and in spite of relatively good treatment options for discovery in an early-stage breast cancer leads to more than 17,500 deaths annually in Germany. The prevention is of particular importance. A research team of Spanish and American scientists has now investigated a possible preventive effect of so-called polyphenols in breast cancer and found that, for example, in fruits, vegetables, coffee and red wine, Compounds found to reduce the post-menopausal disease risk significantly.

A number of factors the risk of breast cancer influence, with increasing age, in principle, increased rates of Illness are observed. Although the Figures of the Robert-Koch-relate-Institute, at least 30 percent of the diseases of women under 55 years of age, but most cases of breast cancer are found in women in the postmenopausal age. Just you could reduce the current study, the intake of polyphenols your risk of disease significantly.

Study with around 11,000 participants

At the European Congress on Obesity in Glasgow, the research team led by Andrea Romanos Nanclares, Universidad de Navarra (Spain) has presented the results of a study, which was published at the end of last year in the journal “the British Journal of Nutrition”. The researchers, possible links had between the intake of polyphenols and the risk of breast cancer on the basis of around 11,000 Spanish University graduates of the middle ages studied. Various phenolic acids, including hydroxy were cinnamic acid and hydroxy benzoic acid is taken into account.

Polyphenols are substances with a large family of phytochemicals, which are found in different foods, explain the researchers. Rich sources are raspberries, for example, blue berries, Apples, citrus fruits, plums, onions, cocoa, whole wheat, rice, Corn, oats, and coffee and red wine. The polyphenols in various in vivo and in vitro studies with favorable characteristics and potentially protective mechanisms were associated. “You could play a role in the development and progression of cancer,” so the presumption of the researchers. “In a prospective cohort study, we aimed to evaluate the relationship between the total intake and the main classes of polyphenols consumption with the risk of breast cancer,” reports the research team.

First of all, there is no connection detected

After an average observation period of more than ten years, probable cases of breast cancer were among the participants 168 true identified and 100 illnesses confirmed. The evaluation also recorded intake of polyphenols initially showed no evidence of a relationship between the total intake of polyphenols and the overall risk of breast cancer. Looking at the different age levels, the researchers noted, however, that there was “a significant inverse Association between total polyphenol intake and the risk of breast cancer for post-menopausal women.”

Women after Menopause will benefit significantly

The polyphenols from fruits, vegetables and coffee in post-menopausal breast cancer, apparently, a significant protective effect, while they offer pre-menopausal women, however, not benefits. Particularly effective in the study, so called chlorogenic have acids, a type of hydroxycinnamic acid that is contained in coffee, but also, for example, in artichokes, potatoes and nettles. . So, women, most shots had a 65 percent lower risk compared to those who are the least consumed, report the researchers. Further studies are now required to analyze the effect of the polyphenols in post-menopausal breast cancer in more detail. (fp)