Home » Health News » Chlamydia: The symptom of the highly prevalent STI that can show up on your face

Chlamydia: The symptom of the highly prevalent STI that can show up on your face 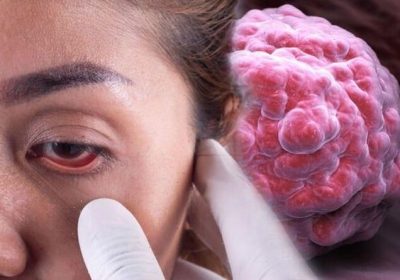 Chlamydia is the most common STD in the UK, affecting millions of people under 25. In fact, one in 10 sexually active young people is believed to be affected, but researchers think rates of the disease could be on the rise after screening programmes were deferred during the pandemic. Spotting the warning signs is imperative to stop the infection from spreading to the reproductive system, where it can cause irreversible damage. Occasionally, symptoms of the STI can be spotted on the face.

A large number of chlamydia infections go amiss because people are unaware they have it.

The Oxford Urgent Clinic explains: “Chlamydia […] is difficult to identify within the first few weeks [as] its symptoms can be very light and pass quickly, preventing some people from noticing it’s even there.”

When warning signs do occur, however, they may differ in men and women.

Men may experience abnormal discharge from the penis and swelling of the testicles.

READ MORE: Chlamydia: The burning sensation that signals the presence of the STI in men

In women, symptoms may include pain during sex, bleeding between periods and unusual vaginal discharge.

But aside from these classic symptoms, chlamydia can also end up infecting the eye.

This type of infection typically occurs from touching the eye after coming into contact with genital secretions from an infected individual.

Although rare, eye-to-eye transmission is also possible from sharing mascara and other cosmetics.

The complication, known as chlamydial conjunctivitis, typically affects one eye, but it can occasionally involve both.

The incubation period for chlamydial conjunctivitis varies between one to two weeks and can last up to 18 months if left untreated.

Prompt treatment is important for women because chlamydia can pose a threat to their fertility.

According to the CDC, the STI can cause an infection within the fallopian tubes, all without producing symptoms.

“PID and ‘silent’ infection in the upper genital tract may cause permanent damage to the fallopian tribe, uterus and surrounding tissue, which can lead to infertility,” explains the health watchdog.

It has traditionally been thought that chlamydia threatens women’s fertility only, but this belief has been challenged.

In 2007, a study suggested that the STI also caused dramatic genetic alterations that could lead to male infertility.

In fact, men appeared to have three times the normal levels of DNA fragmentation in their sperm.

The researchers behind the study noted that antibiotic treatment for chlamydia could significantly improve fertility in men.

The Centres For Disease Control and Prevention recommend using a condom correctly to reduce the risk of getting chlamydia.