Home » Health News » China's pollution levels are plunging because of the coronavirus. The planet's future hinges on what we do next.

China's pollution levels are plunging because of the coronavirus. The planet's future hinges on what we do next. 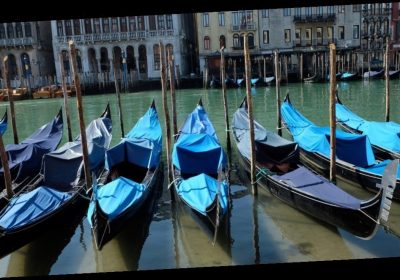 Across the industrialized world, the novel coronavirus pandemic is bringing daily life to a standstill: Healthcare systems have been pushed to their limit as the number of cases climbs; schools and universities are canceling class; office workers are being sent home for the foreseeable future. The service world is in chaos as officials order bars, restaurants, and cafes to close and as people cancel social engagements en masse.

It has also led to something environmentalists would normally cheer on: humanity's climate-warming carbon emissions appear to be tanking.

China, the world's largest emitter, saw its carbon footprint shrink by roughly a quarter between the Chinese New Year and early March due to reduced industrial activity. Many experts expect to see emissions declines in other carbon-intensive nations as commuter traffic goes away, airlines become grounded, and energy demands outside the home take a nosedive.

But as with previous economic downturns, there's no reason to believe COVID-19 will reverse the overall upward trajectory of humanity's carbon emissions — unless, after the immediate public health crisis has passed, our leaders place clean energy at the front and center of their national recovery plans.

"Right now, we're going to see carbon emissions fall enormously, but there's not going to be structural changes in the economy," Leah Stokes, a climate and energy policy expert at the University of California Santa Barbara, told Insider. "And what we really need to make a dent in the climate problem is structural change."

In February, China, the early epicenter of the novel coronavirus pandemic, took herculean steps to halt the spread of COVID-19, including an unprecedented quarantine effort that shut down large sectors of its economy.

All told, China's efforts to fight the epidemic caused industrial output to drop 15 to 40% across sectors like steel manufacturing, coal production and oil refining, according to an analysis by Carbon Brief. Estimates from early March put the nation's carbon footprint at 200 million tons lighter compared with the same period last year — roughly half the annual emissions of the whole UK.

But with the public health crisis now largely under control in China, the nation is working hard to restart its massive industrial machine. As it does so, emissions are expected to come roaring back. In fact, some experts worry that China's carbon footprint could spike even higher than it would have absent the coronavirus pandemic this year, as the government scrambles to hit its yearly GDP growth target of around 6 percent at any cost.

According to Li Shuo, a senior policy advisor for Greenpeace Asia, the easiest way for China to reach its target is to pour money into carbon-intensive industries like steel and cement production. It's essentially what happened in the wake of the 2008-09 global financial crisis: China pumped up its heavy industry sector, invested in massive construction projects, and poured a mind-boggling amount of cement (an industry with a huge carbon footprint).

The result? After several years of slower growth, China's carbon emissions surged. "Many analysts in China are concerned that we might see a so-called retaliatory pollution," Shuo said.

A spike in emissions could play out elsewhere in the world

While the economies of Western nations are less invested in heavy industry than China's, on a global scale, carbon emissions and economic activity are still tightly linked. And while Europe, the United States, and Canada are considerably behind China in terms of their response to the coronavirus, there are already signs that carbon emissions across many sectors are declining as western economies go into hibernation mode.

Data shared with Insider by traffic analytics company INRIX shows that across the United States, travel speeds during peak commute hours have picked up considerably over the last week, suggesting far fewer drivers on the road. "Every major metro in the United States is now experiencing significant changes in average travel speeds during the peak commute hours due to COVID-19," INRIX transportation analyst Trevor Reed told Insider.

And it's not just traffic that's tanked: The airline industry is currently in freefall, with flights down 7.2% for the month of March compared with last year, according to airline tracking website FlightRadar24.

Power demands, another major source of emissions for most western countries, also appear to be falling. In hard-hit Italy, power use slumped 7.4% between the first and second week of March as the nation went into lockdown, according to Bloomberg. Last week analysts at Scotiabank forecasted that US utilities might also see a "sizable drop" in commercial sector power demands, according to a memo shared with Insider.

A policy-oriented response is critical to what happens next

As with China, the global emissions dip we're now seeing the first signs of could be followed by a swift rebound similar to what the world saw following the last global recession. However, it doesn't have to be that way. It all depends on the types of stimulus measures governments use to restart their economies.

Among many other things, the economic stimulus package now taking shape in the White House and on Capitol Hill might include a controversial bailout for the airline industry. Democratic Senators are already calling for any airline bailout to include measures to limit the sector's carbon footprint, similar to the restrictions placed on the auto industry bailouts in wake of the 2008-09 financial crash.

Future stimulus packages could go much further toward shoring up a clean energy future. The government could use low interest rates to make a massive investment in newer and more energy efficient infrastructure and renewable energy capacity, in addition to scaling up the use of nascent green technologies like carbon capture and hydrogen.

Political leadership is "the real deciding criteria" in tilting the economy toward a greener future, said Gernot Wagner, a climate economist at New York University. Under President Trump, it seems unlikely future economic stimulus packages will be proactive on clean energy, which would seem to make the next presidential election more important than ever.

Adapting our behaviors and attitudes is now necessary, which may leave room for future climate action

At the moment, of course, everyone's focus is rightly on getting the public health crisis under control. But even our short-term response to the pandemic — with millions of people now working from home and canceling their travel plans — offer lessons for tackling a global crisis like climate change, and reasons to be optimistic about our ability to do so.

"I think finding ways to work and collaborate and share ideas that reduce unnecessary — especially long distance — physical travel is a useful development," said Kimberly Nicholas, a professor of sustainability at Lund University in Sweden. Nicholas added that while telecommuting and holding conferences virtually aren't new ideas, millions of people are now practicing these skills for the first time, setting up new norms and routines that could stick around after the immediate health crisis is over.

While a pandemic and the climate crisis are two very different challenges — both in terms of timescales and which demographics are most vulnerable — the sluggish US response to COVID-19, and Trump's downplaying of scientists' warnings about the severity of the crisis, has clear echoes of the administration's response to global warming.

If this crisis serves to elevate the role of science in governmental policy making, that could have huge payoffs for areas like climate action.

Perhaps, she said, the crisis will "[make] people realize how much we value having scientists who are there helping save lives."