China virus epicentre to open up as world locks down 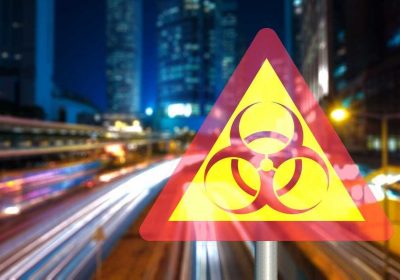 China announced Tuesday an end to travel curbs at the epicentre of the coronavirus pandemic, as governments around the world tightened lockdowns in a desperate effort to slow the spread of the deadly disease.

Hubei, where the novel coronavirus emerged late last year, will allow healthy residents to leave the province from midnight, officials said, two months after they were ordered to stay indoors.

“Every day, we saw the number of seriously ill patients decreasing, the situation improving, people being discharged from the hospital. The doctors and nurses are becoming more and more relaxed as the days go by. I am super happy!”

The relaxation of rules, which will not apply to the hardest-hit city of Wuhan until April 8, comes as Britain and New Zealand joined nations in Europe, the Middle East, North America and Asia in declaring countrywide shutdowns in a bid to staunch the flow of new infections.

Pressure is also growing on the International Olympic Committee to speed up its decision about the fate of the Tokyo Games, with the Japanese prime minister seeking a one-year postponement of the international sporting extravaganza.

Across the planet, the grim toll continued to mount, with close to 17,000 fatalities and almost 390,000 declared infections—including more than 200,000 in Europe alone, according to an AFP tally.

But there was a glimmer of hope in Italy, the European ground zero of COVID-19, with officials saying—cautiously—that its punishing lockdown may be bearing fruit.

Its daily death toll fell slightly, although cumulatively the country has recorded more than 6,000 fatalities, far exceeding even that of China.

The extraordinary measures being imposed around the world have radically altered daily life for more than 1.7 billion peole—and are also throwing up horrifying tales.

And on the deserted streets of New York, one psychologist who ventured out voiced fears over the long-term mental health of everyone affected.

“I’m scared for me and patients that this could go on” for months, said Lauren, who declined to give her surname.

Anxiety and depression “all gets heightened at a time like this,” she added.

The financial impact of economies grinding to a halt continued to unnerve policymakers, who opened the spigots and flooded the markets with yet more cash—their latest effort to keep the wheels turning.

In the United States, the Federal Reserve unveiled an unprecedented bond-buying programme, in a move not seen since the global financial crisis more than a decade ago.

The Fed, which has already slashed interest rates to record lows, said it will buy unlimited amounts of Treasury debt and take steps to lend directly to small and medium-sized firms hammered by state lockdowns.

From Tokyo to London, markets cheered the news—despite the failure of US politicians to sign off on a nearly $2 trillion package that President Donald Trump says is aimed at supporting ailing enterprises, and helicoptering cash to American families.

His opponents say the bill is too heavily weighted to bailing out big business.

‘The people you love may die’

The British government, which has faced accusations of dithering, on Monday ordered a three-week shutdown of “non-essential” shops and services and banned gatherings of more than two people in unprecedented peacetime measures.

“Unless you stay at home, then the people you love most may die,” senior minister Michael Gove said.

World Health Organization chief Tedros Adhanom Ghebreyesus had warned Monday the pandemic was clearly accelerating, with the pace of infections much higher than when the outbreak first emerged in China in December.

Tedros acknowledged that many countries were struggling to take more aggressive measures because of a lack of resources.

But he added: “We are not helpless bystanders. We can change the trajectory of this pandemic.”

But Trump—who faces re-election in November and is keen to avoid extended economic damage in the US—said he would soon be “opening up our country to business because our country was meant to be open.”

China’s authoritarian government has trumpeted its response to the crisis since doctors began to get a handle on cases of COVID-19, and on Tuesday state media proudly reported that a popular section of the Great Wall would reopen.

Overall, China had 78 new infections on Tuesday, the vast majority brought in from overseas.