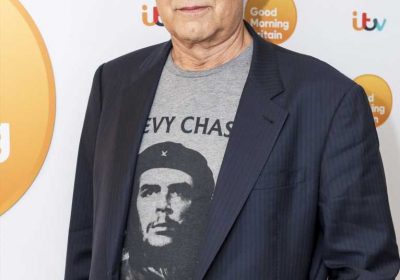 Chevy Chase is back home after recovering from a "heart issue" that led to a five-week hospitalization.

The National Lampoon's Vacation star, 77, revealed in a recent interview that he suffered from "a heart issue," which landed him in medical care.

"These are my first few days home. I can only say how happy I am to now be back with my family. I'm feeling good," he told Page Six.

Chase continued, "I was in the hospital five weeks. A heart issue. So, for now, I'm around the house." "Not going anywhere," he said of his at-home recovery. "I used to go out and do anything. I'd do slapstick in front of 3,000 people. But at this moment I have no need to go out and meet COVID."

The comedian also took a dig at television today, since watching TV is one of the main ways he's spending his downtime during his recovery.

"I read. Turn on TV. Watch the news. All dreck. I see actors, comedians, producers, screenwriters working and, God bless them, but I don't see anything great on television," Chase said.

"The humor today's giving the next generation worse stuff than they already have in their own lives," he added. "It drives me nuts."