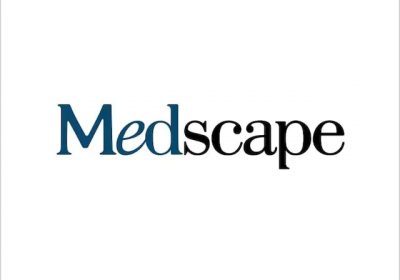 In an online statement released Thursday, June 30, the US Centers for Disease Control and Prevention (CDC) announced its decision to recommend higher-dose and adjuvanted influenza vaccines for people aged 65 years or older. Fluzone High-Dose Quadrivalent, Flublok Quadrivalent, and Fluad Quadrivalent flu vaccines are among those specified in the release.

The organization says that these higher-dose vaccines may be more effective for the aging population, who often have difficulty mounting a strong enough immune response to protect themselves against the flu virus. People older than 65 years struggle the most during flu season and have the highest proportion of hospitalizations and deaths from flu, according to the release.

But the CDC believes that higher-dose vaccines have potential to better protect against that danger. One study from The New England Journal of Medicine reported that high-dose/adjuvanted vaccines prevented flu in older patients 24% better than did lower-dose/nonadjuvanted vaccines.

These types of vaccines work by creating a larger immune response than a standard vaccine dose. In particular, adjuvanted vaccines contain an extra ingredient within them that helps the immune system produce a stronger reaction to the vaccine. These may be things like aluminum salts, which signal the body to respond faster. Higher-dose vaccines similarly promote a stronger immune response by having more particles of the target virus in their mixture. In theory, this means the body will create an enhanced response to the vaccine. For example, a higher-dose vaccine may quadruple the amount of antigens compared with the standard dose.

The hope is that this recommendation may increase vaccine use across the board, says Dr José Romero, the director of the CDC’s National Center for Immunization and Respiratory Diseases. As quoted in the CDC announcement, Romero said that this may help reduce racial inequities in access to flu vaccines. A 2019 meta-analysis concluded that Black and Hispanic people are around 30%-40% less likely to get the flu vaccine. So increasing the access to this medication, “could help reduce health disparities by making these vaccines more available to racial and ethnic minority groups,” said Dr Romero.

The decision, spearheaded by CDC Director, Dr Rochelle Walensky, follows recommendations from the Advisory Committee on Immunization Practices, which presented on this topic during a June 22 meeting. It is now part of official CDC policy and will continue to be developed as we approach the 2022-2023 flu season.

In addition, the organization says they’ll reveal more details for their plan later this summer, in their Morbidity and Mortality Weekly Report (MMWR) . For now, seniors should know that they should try to get the recommended high-dose vaccines, but if they can’t, then a standard dose of whatever their provider has on hand will do.

At this point, there is still no specific vaccine recommendation for people aged under 65 years. The CDC historically avoids specifying one type of vaccine over another and says each should still be effective in younger patients.