Home » Health News » Cancer symptoms: Two behavioural changes which could be a warning sign of cancer 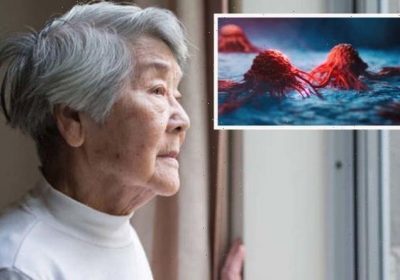 A brain tumour is a growth of cells in the brain that multiplies in an abnormal, uncontrollable way, according to the NHS. The symptoms of a brain tumour vary depending on the exact part of the brain affected, and some may affect the way you behave. Cancer Research UK says that the symptoms can develop gradually over some months or even years if the tumour is slow growing, or they may develop quickly over days if the tumour is growing fast.

The NHS says more than 11,000 people are diagnosed with a primary brain tumour in the UK each year, of which about half are cancerous.

It says common signs of a brain tumour include mental or behavioural changes.

For example, you may experience memory problems or changes in personality.Cancer Research UK also notes that some people may have personality and behaviour changes.

“You, or the people around you, might notice that you are confused or that your personality has changed. You may also find it difficult to think normally,” its website reads.

READ MORE: Dementia: The food to eat ‘at least twice a week’ to reduce your risk of the condition

The NHS says other common symptoms include headaches, seizures, persistently feeling sick, progressive weakness or paralysis on one side of the body, as well as vision or speech problems.

Cancer Research UK adds that some people might feel drowsy or even lose consciousness.

The charity adds: “Headaches are a common symptom of illness. It’s unlikely that you have a brain tumour if headaches are your only symptom,” but see a doctor if you have headaches with feeling or being sick, when you didn’t have them before, that wake you up at night, if they come with eye problems, or that have got steadily worse.

There are a number of treatments for brain tumours, though your treatment depends on the type of tumour you have, where it is, and your general health.

The NHS says: “See a GP if you have these types of symptoms, particularly if you have a headache that feels different from the type of headache you usually get, or if headaches are getting worse.

“You may not have a brain tumour, but these types of symptoms should be checked.”

Survival depends on different factors such as the type and grade of the tumour.

The cause of most brain tumours is unknown, but there are several risk factors that may increase your chances of developing a brain tumour.

These risk factors include family history and genetic conditions, age, and exposure to radiation.

People who have been exposed to a type of radiation called ionizing radiation have an increased risk of brain tumor.

If a brain tumor is diagnosed, relieving symptoms remains an important part of your care and treatment. This may be called palliative care or supportive care.

reatments for a brain tumour also include surgery, radiotherapy and chemotherapy. You may have a combination of treatment.

Macmillan says: “Most people diagnosed with a brain tumour will not be allowed to drive for a time after their diagnosis. Your doctor, surgeon or specialist nurse will tell you if this applies to you.”