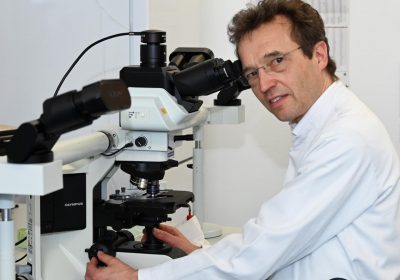 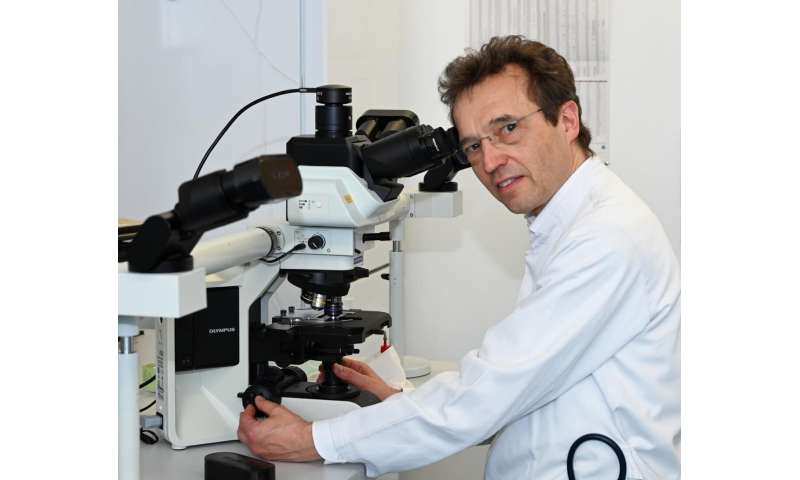 Although the spreading SARS-CoV-2 coronavirus usually causes only mild respiratory symptoms, the COVID-19 disease progresses so severely in around five percent of those affected that acute respiratory distress can occur. “The mortality rate in these cases is high,” says Dr. Thomas Wiesmann, who attended the patient along with the intensive care team in the Department of Anesthesia and Intensive Care at Marburg University Hospital.

The patient is a 65-year-old woman without pre-existing conditions who was admitted to the hospital for progressive shortness of breath and fever. Her shortness of breath worsened so rapidly that she had to be intubated to receive artificial ventilation three hours after admission. A standard molecular genetic test confirmed she was infected with SARS-CoV-2. The patient’s overall prognosis was assessed as very poor due to extensive organ damage.

“We knew from Chinese publications that patients with a severe and even fatal course of the disease are characterized by a so-called cytokine storm,” Neubauer says. “During a cytokine storm, the body is flooded with substances that stimulate the immune system.” This overreaction of the body’s own defense system damages the tissue—making it all the easier for the invading virus to spread.

Neubauer suspected that the patient might respond to ruxolitinib, a drug originally used in cancer treatment. It inhibits enzymes in the body involved in excessive inflammatory reactions. “We suggested to our colleagues who were treating the patients that the cancer drug might be able to prevent the life-threatening effects brought on by the inflammatory damage to lung tissue,” Neubauer says.

“We were faced with a difficult decision,” adds Professor Dr. Hinnerk Wulf, Director of the Department of Anesthesia and Intensive Care. “It was uncertain whether the theory would also work in practice; after all, the experimental treatment was also associated with a risk.” In fact, the condition of the Marburg University Medicine patient did improve after she received ruxolitinib. The treatment team noted clinical stabilization as well as rapid improvement in respiration and heart function.

“This course of treatment was remarkable compared to that in other patients,” Wiesmann emphasizes. The patient was gradually weaned from the ventilator starting on the tenth day of her hospital stay. Virus replication was also reduced during the administration of the cancer drug.

Apparently, the success of the treatment was not an isolated case. The team in Marburg also administered the cancer drug to several other patients to control a severe course of the disease. “It turned out well in the end for all patients who received the cancer drug for longer than one week,” Neubauer explains. A team lead by Professor Dr. Paul Graf La Rosée at Schwarzwald-Baar Hospital has also reported the successful use of the immune inhibitor, although in less severe cases.