Home » Health News » Can a rival to the world's most expensive drug help George, 9?

Can a rival to the world's most expensive drug help George, 9? 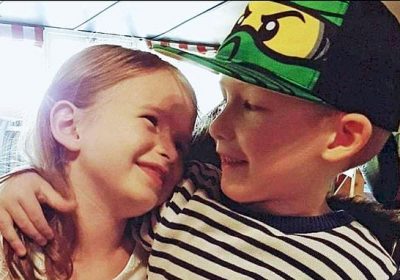 Will a rival to the world’s most expensive drug give George, 9, a new life and relief from his muscle-wasting illness that left his ‘legs like spaghetti’?

At first glance, George looked much like any other baby. But mum Lucy knew something wasn’t quite right. Sitting up, he was wobbly and struggled to support his own head. At the age of ten months, when he started crawling, his movement was slow and laboured. Often, he would collapse on to the floor, unable to support himself.

‘If you put a child in a bouncer, you’d expect them to be springing up and down, bending their knees,’ says his mum, Lucy Frost, 40, from Tunbridge Wells in Kent.

‘But George’s legs were just like spaghetti. They just flopped, and couldn’t bear any weight at all.’ 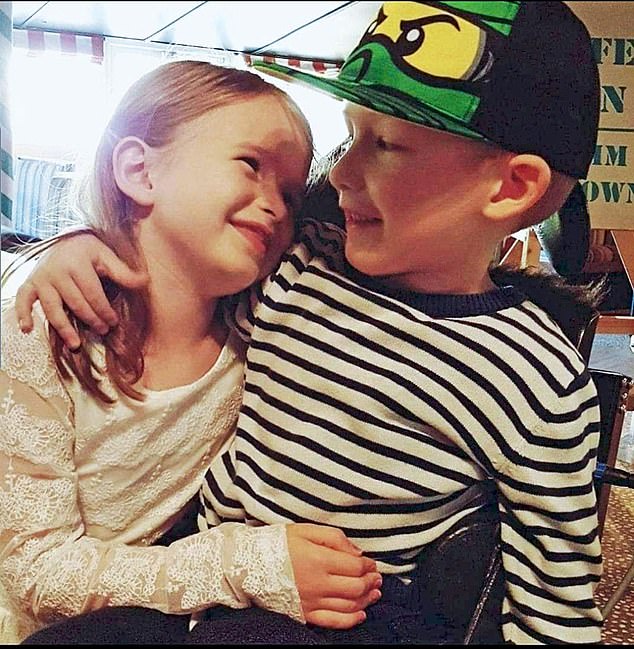 George Frost, 9, pictured with his older sister Evie, left, from Kent, was diagnosed aged one with the muscle-wasting disease spinal muscular atrophy. At the time, there was no treatment for the condition, but the youngster is involved in a clinical trial of a new drug which is providing hope 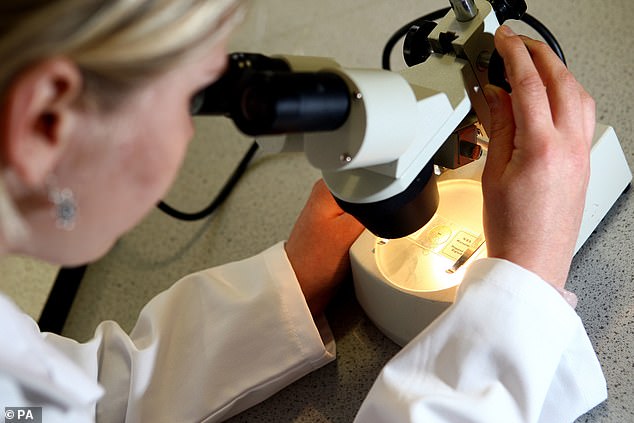 Spinal muscular atrophy is caused by a faulty gene. Both parents must have the mutation to develop the illness

A health visitor told Lucy that George would develop ‘in his own time’. But Lucy, also mum to Evie, who is about to turn ten, was convinced something was wrong and instead decided to pay to see a doctor privately. After scores of tests, George – by then aged one – was diagnosed with the muscle-wasting condition spinal muscular atrophy, which affects up to 2,500 children and adults in the UK. At the time, there were no available treatments. So as George grew older, and other children passed milestones, he became weaker and weaker.

By the age of six, as his health faltered, the most basic tasks – turning a door handle or switching on a light – had become impossible. Even swallowing was difficult. But today, George, who has just turned nine, is almost unrecognisable – thanks to a new drug that experts believe could transform the lives of patients with the devastating condition.

Risdiplam, a syrup swallowed daily, has been shown in studies to slow the march of the condition and, in some cases, reverse it. Unlike Spinraza (nusinersen), another new treatment that is injected into the spine every four months, risdiplam can be taken at home.

George began taking the drug in March 2018 after joining a trial in Paris and his condition soon began to improve. ‘He could grip a pencil again, write, colour in, tear paper,’ Lucy says. ‘Then he could squeeze toothpaste out of a tube and peel a yogurt lid back and push his Lego together. His swallowing improved and he began to put on weight.’

Now George can get on all fours – something he has not been able to do since he was two – and put his arms above his head. He has even learnt to swim.

‘The drug has given him so much independence,’ Lucy, a full-time carer to George, adds. ‘Even just being able to turn the door handle to get outside the front door, turn a tap on, or push a light switch – things you wouldn’t even think about doing.’

Spinal muscular atrophy – also known as SMA – is caused by faults in a gene called SMN1. Most children born with it have two parents with the genetic mutation. The fault causes spinal cord motor neurons – vital nerve cells that send instructions to muscles – to gradually deteriorate, impairing movement.

Symptoms include floppy limbs, and difficulties sitting up, crawling, breathing and swallowing. As sufferers cannot cough properly, mucus can build up in the airways leading to recurrent infections.

Older children may also develop bone problems, including scoliosis, when the spine twists.

The most severe form of spinal muscular atrophy, Type 1, develops in babies under six months, most of whom will not live beyond their second birthday. Type 2 – which George was diagnosed with – is less severe, but it is degenerative and still shortens life expectancy. Most Type 2 patients do not make it to middle age. There is no cure for any form of the condition.

Risdiplam, also known under the brand name Evrysdi, increases levels of a protein needed to keep spinal motor neurons alive. It was approved last month in the US and is currently undergoing evaluation by European and British medicines watchdogs. It is being offered to some UK patients by manufacturer Roche on a compassionate basis.

‘The main difference with this new drug, and what’s already available, is you can take it orally,’ Laurent Servais, professor of paediatric neuromuscular disease at the MDUK Oxford Neuromuscular Centre, explains. ‘In older children with problems with their spine, the injections needed to administer Spinraza can be very challenging.’

Roche drug chief Bill Anderson has also hinted that risdiplam will be cheaper than its rivals.

Over five years, the cost of Spinraza per patient is a staggering £1.35 million. Another treatment, Zolgensma – a one-off gene therapy developed by Novartis for children with SMA under the age of two – is also being evaluated by UK health officials. But it has been described as the world’s most expensive drug – with a price tag of £1.6 million.

Prof Servais stresses that there is not yet evidence to suggest any one of these drugs is better than the other. But it’s clear that the future now looks much brighter for patients diagnosed with SMA.

‘Patients with the condition live their whole lives thinking: what is the next skill I am going to lose,’ he says. ‘But then you start treating them, and their perspective on life changes dramatically. It’s no longer about what they are going to lose, but what they can gain.’

Lucy, who is co-founder of charity TreatSMA, agrees. ‘George may never walk,’ she says, ‘but risdiplam has improved his upper body strength, so I’m hoping he will be able to move himself on to the toilet, his chair, and his bed. That would mean, when he grows up, he might not need constant care.’

George’s outlook has improved too. An incredibly bright child, he had become acutely aware of his disability. ‘Imagine being paralysed and laying in your bed, thinking what if there is a fire, what if someone breaks in,’ Lucy says.

‘Those fears have eased a bit now, because he can sit himself up in bed – and he can turn a door handle if he needs to. Now, when he tries to do something, he thinks, “I can do it and I will.” ’