Home » Health News » Can a Garmin watch help with COVID-19 detection? RTI is studying sailors to find out.

Can a Garmin watch help with COVID-19 detection? RTI is studying sailors to find out. 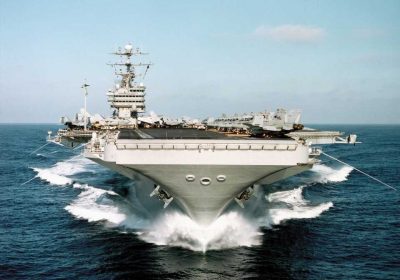 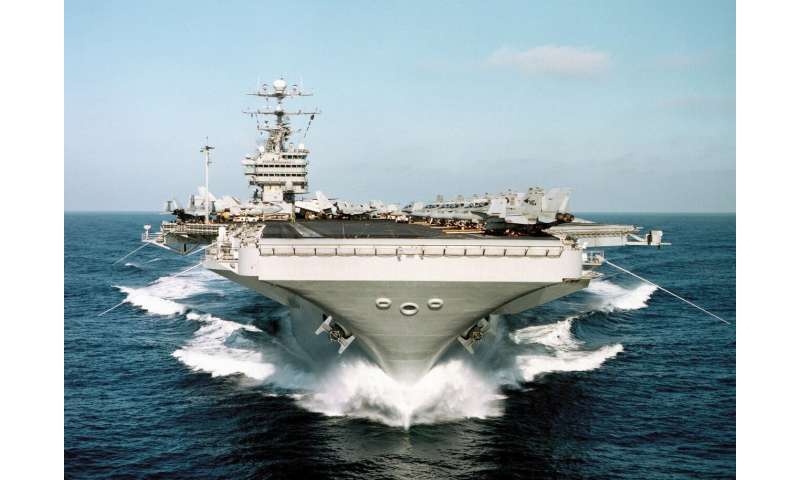 In March, when the pandemic was in its earliest days, COVID-19 was spreading like wildfire aboard the USS Theodore Roosevelt aircraft carrier, a ship home to more than 4,000 Navy sailors.

In just a matter of weeks, nearly 1,200 sailors tested positive and one died, after the virus spread silently from sailor to sailor.

Could there have been a way to stop it?

A new Defense Department study is bringing together the Research Triangle Park-based nonprofit RTI International and the wearable technology maker Garmin in hopes of finding one.

The study plans to monitor sailors living together in tight quarters aboard a ship. Each will be given a Garmin smartwatch loaded with an app designed by RTI that tracks their vitals, like heart rates, respiratory rates and oxygen saturation.

The app allows the watches to continuously monitor those rates at more frequent intervals than normal. Instead of tracking a person’s average heart rate every 15 seconds, a common interval among wearable devices, the app will give researchers insights into the time between each individual heartbeat.

Due to the way the body responds to respiratory disease like COVID-19 or influenza, the resting heart rate of a person can change when they are infected. A device that continually monitored those rates might create an early alert to isolate an individual before they become contagious.

“We know disease detection is doable using these health metrics,” Robert Furberg, a health data researcher at RTI, said in an interview. “The driving question here is, ‘Does using data that is more granular … does that lead us to a way to optimize these detection solutions?'”

The study is sponsored by the Defense Department’s Advanced Research Projects Agency, or DARPA. The Garmin-RTI effort is just one part of a larger study that is putting thousands of troops through COVID-19 early-detection studies.

The Navy is a perfect subject for this type of detection study, Furberg said, because ships are prone to super-spreader events.

“The have a lot of people living in close quarters for extended periods of time,” he said. “An outbreak on the ship is something you would want to identify quickly.”

It’s not a problem limited to Navy ships. Cruise ships have also become the site of large transmission events, forcing some to dock off shore for weeks earlier this year.

Furberg hopes the Garmins could become part of a system that detects an infected individual before they are able to spread it to others.

“The idea is … you can spot these people who don’t know they are sick but are infected,” he said. “You could put them in isolation faster.”

Eventually, if the study shows that COVID-19 can be detected early through this type of monitoring, you could have an automated system looking for potential infections on your ship, Furberg said.

The study has just started, and it is unclear how long it will take to get results. However, with cases surging again in the U.S., Furberg said it likely won’t be long before a sailor in the study has a COVID-19 infection.

While this research is important for the Navy, the study could provide solutions for civilian life, too. The Defense Department is also sponsoring disease detection studies among civilian participants at RTI’s Research Triangle park headquarters.

Furberg said he could imagine these devices being used among at-risk populations, like health care providers and first responders.

The state of North Carolina is already attempting to do this with its SlowCOVIDNC app that uses bluetooth technology to alert people to potential exposures.

Furberg, who also works as a firefighter, said he has already gotten two exposure notifications through that app. Fire departments, another place where people live in close quarters, also have had trouble with super spreader events. The Clayton Fire Department had one of its firefighters die from COVID-19 complications after 17 members of the department were infected, The News & Observer reported.

Using wearable devices, you might get those sort of notifications faster.

They could also be used as a way to sample a larger population. You could potentially monitor community-level trends through these devices, even if only a small number pf people are using them, Furberg said.