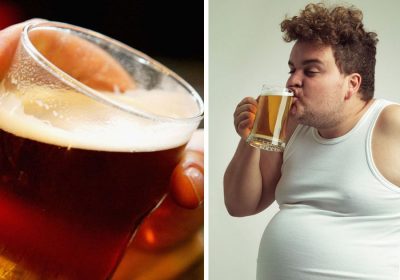 Pubs and restaurants will have to show how many calories are in boozy drinks in a bid to tackle obesity.

The rule could be brought in as soon as next year, the Daily Star Sunday understands.

But the Government idea has been slated by business owners who say they have been through enough after the Covid “mess.”

Phil Turner, who has a pub near Goodwood Racecourse in West Sussex, said: “It’s just ridiculous – people going for a beer don’t care how many calories are in a pint. This won’t help us and it won’t help punters. These Government idiots need to leave us all alone.”

A consultation could be launched in the autumn. An insider said the plan “makes the Government look like they’re taking the
public’s health seriously”.

The Government source added: “It’s an aggressively backed policy, a talking point, but actually isn’t going to help those in need.”

British Beer and Pub Association chief Emma McClarkin said: “Introducing new regulation would not be welcome at this time and will only add further burden and cost to businesses already struggling.”

A Department of Health and Social Care spokesman said: “We have announced the intention to consult on whether to introduce mandatory calorie labelling on prepackaged alcohol and alcohol sold in on-trade businesses such as pubs and restaurants.”