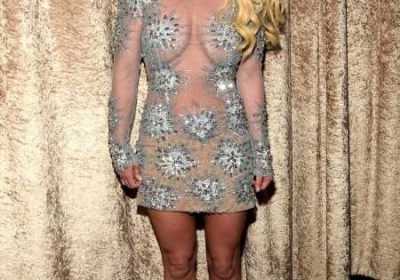 Britney Spears is getting pumped for those hot summer days!

The 37-year-old singer is back in the gym and has the upcoming season in mind.

“Getting ready for summer,” Spears captioned a new workout video on Instagram.

The mom of two — who is a pro in the gym — goes through a solid workout in the video, set to Nicki Minaj’s “Chun-Li.” Spears starts off with some stretches before doing medicine ball squats, leg raises and bicep and tricep curls.

And while Spears may think she still needs to do more before the summer starts, her boyfriend, Sam Asghari, adorably disagrees. He commented, “Getting ready? More like ready,” along with a muscular arm emoji.

Spears has shared several workout videos on Instagram in the weeks since she checked out of a treatment facility. The “Toxic” singer was dealing with mental health issues following her father Jamie’s life-threatening colon rupture last fall.

She posted the first video since her treatment on April 24, and joked, “Who knew stress would be a great 5-lb. weight loss. Yay for me.”

Spears posted another video on Thursday, where she gets in a dance workout to Michael and Janet Jackson’s “Scream,” though fans doubted that it was a new video, and pointed out that it was likely shot on March 15, 2018, when she posted a clip in the same outfit and accessories.

“There is no doubt that she needs to be on medications to try and find a balance again, but it’s very scary when the meds are not working,” the source said.

“Britney is dealing with debilitating emotional issues that need to be treated with medications. It’s like she isn’t in control over her emotions right now,” they continued. “Everything is very up and down.”