Brain’s response to understanding stories changes as we grow up 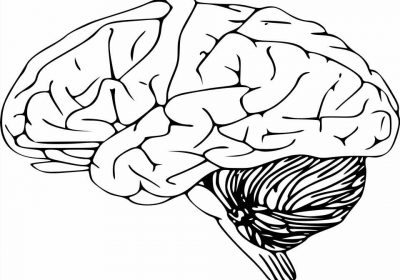 Scientists have shown how our brain’s response to watching emotional and social stimuli in a movie changes between infancy and adulthood, according to a report in eLife.

The findings challenge the theory that perceptions of children are simply a noisier version of adult understanding, and suggest instead that children have their own unique way of understanding and interpreting the world.

The ability to perceive and remember the world around us changes radically throughout the first 20 years of life. It is accepted that older children and adults are better able to understand and interpret the world around them and anticipate upcoming situations, but the changes in brain activity that underlie this period of knowledge acquisition are not fully understood.

“In adults, watching a movie drives synchronized brain responses across different people, reflecting how they perceive, understand and remember the movie,” explains lead author, Samantha S. Cohen, Postdoctoral Scientist, Department of Psychology, Columbia University, US. “Although many studies have looked at changes in knowledge during development, there is limited understanding of how internal representations of complex narrative stimuli emerge with age, allowing us to understand predictable and naturalistic events in the world, such as the plot of a Hollywood movie.”

Analyzing brain responses to complex stories or movies is challenging because there are no models that predict brain-wide responses to these types of stimuli. An alternative, model-free approach is to use inter-subject correlation (ISC), which measures the similarity of brain responses in a region of the brain across movie-viewers.

The researchers used a large publicly available dataset of functional magnetic resonance imaging (fMRI) brain scans recorded while children and young adults watched a short video animation containing both social and emotional themes. For the youngest (5–8 years) and oldest (16–19 years) age groups, they measured the ISC for children of the same age and between children of different ages.

They found that brain responses to the movie tend to be consistent among children of the same age, but that these responses change as children grow into young adults. Specifically, the brain regions that are used to internally recognize events within the story shifted from brain regions that track coarse narrative information to those that track sensory details and the mental states of characters in the story.

One of the ways to study differences in how children and adults respond to stories is to compare how they notice and perceive the key events within the movie that compose the story. The team asked both children and adults to report where they believed meaningful scene changes occurred in the story. They found that children as young as seven divided up the story the same way as adults, but that the brains of older children were better able to anticipate upcoming events in a movie. Surprisingly, in the hippocampus, a region important for memory formation, younger children had stronger responses at the transitions between events in the story, possibly because they are still forming an understanding of events in the world.