Home » Health News » Bowel cancer warning: Does your skin feel like this? The warning sign you shouldn’t ignore 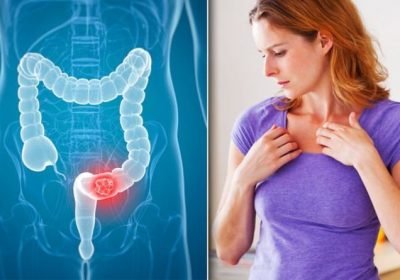 Bowel cancer is one of the most common cancers to be diagnosed in the UK, according to the NHS. It’s a general term for any cancer that develops in the large bowel, and it’s sometimes known as both colon and rectal cancer. But many people may not even know they’re at risk of the cancer because the symptoms tend to be very subtle. You could be at risk of bowel cancer if you notice your skin feeling very itchy, it’s been revealed.

Bowel cancer can spread to the liver, lungs, lymph nodes and bones

Persistent itchiness could be a warning sign of bowel cancer, according to medical website Cancer Research UK.

Itchy skin that’s caused by bowel cancer could be a sign that the tumour has spread to the liver, it warned.

You should speak to a doctor straight away if you have itchiness all over your body, it urged.

“Advanced bowel cancer is cancer that started in either the back passage [rectum] or large bowel [colon] and has spread to another part of the body,” said the charity.

“You might have any of these symptoms if the cancer has spread to your liver discomfort or pain on the right side of your abdomen, feeling sick, poor appetite and weight loss , swollen abdomen, yellowing of the skin, and itchy skin. 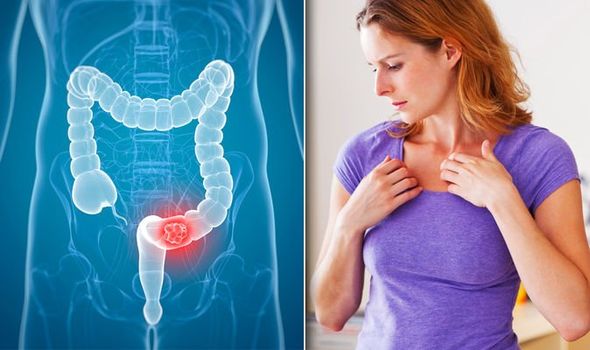 “Bowel cancer can spread to the liver, lungs, lymph nodes and bones.

“Tell your doctor or specialist nurse if you’re worried about a symptom or if it continues for more than a few days.”

But itchy skin isn’t usually a sign of anything to worry about, and you can often treat it yourself, added the NHS.

It could be caused by a number of conditions, including eczema, psoriasis, scabies, thrush or even allergies.

But on rarer occasions, itchy skin could be a sign of something more serious, including thyroid, liver or kidney problems, it added. 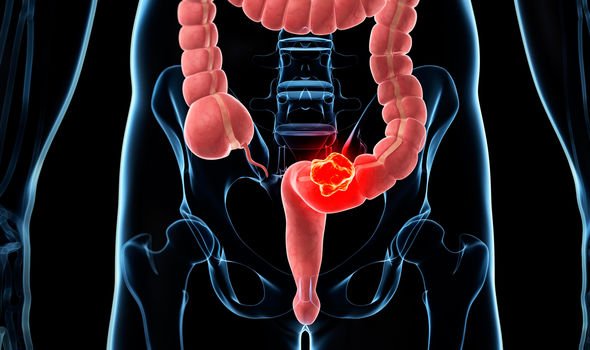 Signs and symptoms of bowel cancer

Bowel cancer is one of the most common cancers in the UK for over 60’s. Here are the signs and symptoms to look out for.

Signs and symptoms of bowel cancer

Other, more common bowel cancer symptoms include persistent tiredness, weight loss, and developing a painful lump in your stomach.

It’s also important to notice any change to your bowel habits. You may develop looser stools than normal, or you may need to poo more often than normal.

If your changing toilet habits lasts for at least four weeks, you should consider speaking to a doctor, said the NHS.

But, most people with these symptoms don’t have bowel cancer. They’re more likely to be caused by something less serious, including constipation, irritable bowel syndrome, or Crohn’s disease.

More than 40,000 new cases of bowel cancer are diagnosed in the UK every year.