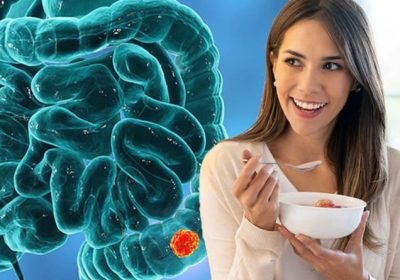 According to research recently published in the European Journal of Nutrition, consuming traditional Moroccan dairy products could guard against certain types of cancer. A large study examined thousands of patients across five hospitals in Morocco, who filled in questionnaires about their daily food intake. Those who consumed lots of milk, yoghurt and other traditional dairy products had lower instances of bowel cancer. Other traditional dairy products included ‘raib’ – yoghurt flavoured with orange blossom water – ‘lben’ – aka fermented milk – and ‘jben’ – a type of white cheese.

“Our study supports previous international evidence and suggests that individuals who have a high intake of either modern or traditional dairy products are at lower risk for colorectal (bowel) cancer,” said lead author Khaoula El Kinany.

“These findings should be further confirmed by longitudinal data and studies investigating potential pathways involved.”

According to Cancer Research UK, there are around 41,700 new bowel cancer cases in the UK every year – making it the fourth most common cancer.

The charity warns a person’s risk of developing bowel cancer increases through certain lifestyle habits – with 54 per cent of cases classed as ‘preventable’. 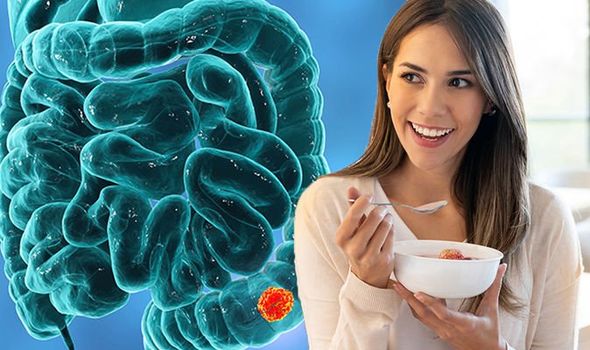 Meanwhile, 28 per cent of bowel cancer cases in the UK are caused by eating too little fibre.

“But it’s equally important to remember that around 20 per cent of cases are associated with hereditary factors.”

Bowel Cancer UK advises people eat no more than 500g of cooked red meat per week, while avoiding processed meat as much as possible.

The bowel cancer charity also advises everyone eat at least 30g of fibre per day. 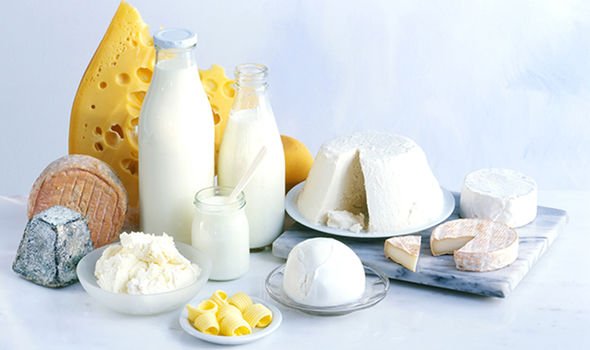 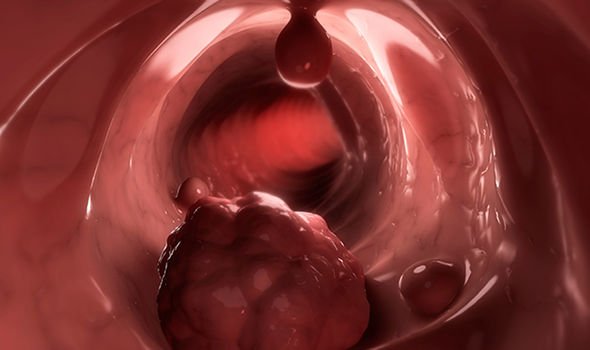 Bowel cancer: Here are the risk factors of the disease to be aware of.

In addition, losing excess weight can help to reduce your risk of not only bowel cancer but many other types of diseases too.

Bowel Cancer UK recommends measuring your BMI to see if you are of a healthy weight or not.

The new Moroccan study isn’t the first to discover a link between dairy intake and a reduced risk of bowel cancer.

In 2013, experts at Imperial College London found those who consumed at least 490g of dairy products – milk, cheese or yoghurt – per day were less likely to be struck down with the disease.

The study’s author Neil Murphy concluded: “Our results strengthen the evidence for a possible protective role of dairy products on colorectal cancer risk.

“The inverse associations we observed did not differ by the fat content of the dairy products considered.”