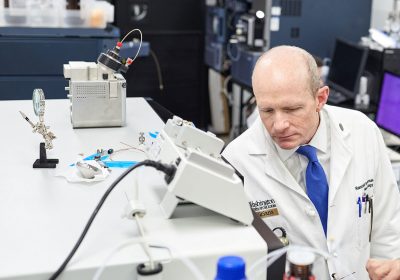 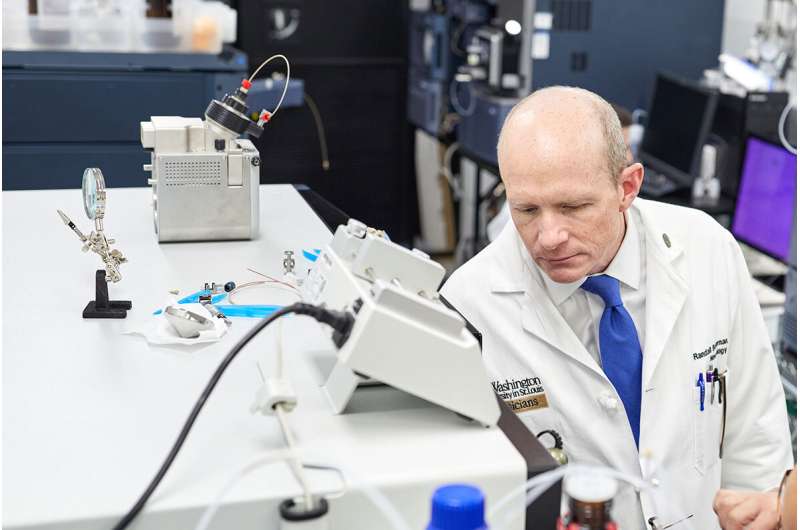 A blood test developed at Washington University School of Medicine in St. Louis has proven highly accurate in detecting early signs of Alzheimer’s disease in a study involving nearly 500 patients from across three continents, providing further evidence that the test should be considered for routine screening and diagnosis.

The study is available in the journal Neurology.

“A blood test for Alzheimer’s provides a huge boost for Alzheimer’s research and diagnosis, drastically cutting the time and cost of identifying patients for clinical trials and spurring the development of new treatment options,” Bateman said. “As new drugs become available, a blood test could determine who might benefit from treatment, including those at very early stages of the disease.”

Developed by Bateman and colleagues, the blood test assesses whether amyloid plaques have begun accumulating in the brain based on the ratio of the levels of the amyloid beta proteins Aβ42 and Aβ40 in the blood.

Researchers have long pursued a low-cost, easily accessible blood test for Alzheimer’s as an alternative to the expensive brain scans and invasive spinal taps now used to assess the presence and progression of the disease within the brain.

Evaluating the disease using PET brain scans—still the gold standard—requires a radioactive brain scan, at an average cost of $5,000 to $8,000 per scan. Another common test, which analyzes levels of amyloid-beta and tau protein in cerebrospinal fluid, costs about $1,000 but requires a spinal tap process that some patients may be unwilling to endure.

This study estimates that prescreening with a $500 blood test could reduce by half both the cost and the time it takes to enroll patients in clinical trials that use PET scans. Screening with blood tests alone could be completed in less than six months and cut costs by tenfold or more, the study finds.

A commercial test based on Bateman’s research was certified in 2020 under the Clinical Laboratory Improvement Amendments (CLIA) program. The CLIA certification program is run by the Food and Drug Administration in partnership with the Centers for Disease Control and Prevention and the Centers for Medicare and Medicaid Services.

Known as Precivity AD, the commercial version of the test is marketed by C2N Diagnostics, a Washington University startup founded by Bateman and his colleague David Holtzman, MD, the Barbara Burton and Reuben M. Morriss III Distinguished Professor of Neurology. Bateman and Holtzman are inventors on a patent the university licensed to C2N.

The current study shows that the blood test remains highly accurate, even when performed in different labs following different protocols, and in different cohorts across three continents.

Scientists didn’t know if small differences in sampling methods, such as whether blood is collected after fasting or the type of anti-coagulant used in blood processing, could have a big impact on test accuracy because results are based on subtle shifts in amyloid beta protein levels in the blood. Differences that interfere with the precise measurement of these amyloid protein ratios could have triggered a false negative or positive result.

To confirm the test’s accuracy, researchers applied it to blood samples from individuals enrolled in ongoing Alzheimer’s studies in the United States, Australia and Sweden, each of which uses different protocols for the processing of blood samples and related brain imaging.

Findings from this study confirmed that the Aβ42/Aβ40 blood test using a high-precision immunoprecipitation mass spectrometry technique developed at Washington University provides highly accurate and consistent results for both cognitively impaired and unimpaired individuals across all three studies.

When blood amyloid levels were combined with another major Alzheimer’s risk factor—the presence of the genetic variant APOE4—the accuracy of the blood test was 88% when compared to brain imaging and 93% when compared to spinal tap.